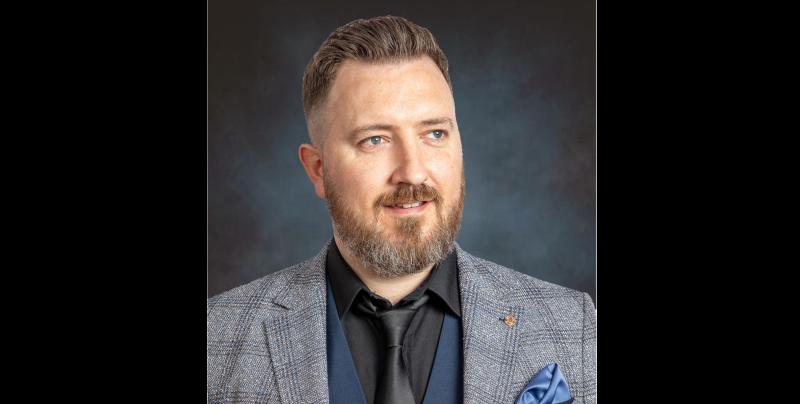 Offaly singer/songwriter Colin Kenny is back on the Irish country charts with his latest original release, the sentimental Grandmother's Prayer, which is currently a Top Ten hit on the Irish Country Music Radio station airplay chart.

The Banagher native began his career as a seriously impressive vocal stylist, sharing stages with a host of legendary names in the world of entertainment, from Tony Christie, The Fureys, Mike Denver, and even the late Brendan Grace.

The last few years, however, have seen him transformed into a recording artist to be reckoned with thanks to a succession of acclaimed singles, all of which were penned by the man himself.

Based in Borrisokane where he is a barber by trade, Banagher native Kenny is certainly showing no sign of losing that creative spark any time soon if Grandmother's Prayer is anything to go by.

The single expertly taps into the kind of memories many country fans will recall with ease, that of softly imparted yet sage advice from a grandparent. And in keeping with all of his original material, there's more than a little of his own life in this new tale from 'the singing barber'...

"It's definitely a song that I was able to go back in time to my childhood to draw from alright. And I think it's probably true to say that a lot of us, when we're very young and spending time with our grandparents, we don't fully grasp how much of a privilege and a blessing it actually is to be able to do that.

"But as you get a little bit older, you really start to appreciate time like that all the more. And when you look back on those younger days - as I do in this song - they take on a very sentimental hue."

Colin, winner of the Gene Stuart Music Inspiration Award at the 2019 Hot Country TV Awards Concert, continued, "Thank God, a lot of the very wise words my own grandmother shared with me sank in somehow! [laughs]. And it was just one day when something she had said once happened to came back to me, that I started thinking about it more. And that was the start of the song really, just drifting back in time to what it was like to be sitting there at her side on a summer's day after a morning or afternoon down by the river fishing.

"I think a lot of us, if we're lucky, will be able to say that we learned a lot more than we ever thought when we were sitting at the kitchen table with people who knew a lot more about life than we did back then. And it was always all done in such a gentle way too, that's where the idea of those messages from my grandmother being a prayer came from."

Grandmother's Prayer is the follow-up to Will You Dance With Me, Annie? Kenny's previous single and another from his own ever-growing songbook. Penned as a tribute to the love shared between his parents, Jack and Annie, the track gave country fans everywhere another taste of what they're missing as a result of the ongoing Covid 19 restrictions which have silenced 'live' music for close on a year now.

Colin has recently started taking to his Facebook music page on a regular basis. Every Wednesday and Sunday evening at 9pm since late September, early October of last year he's been treating fans to songs like those already mentioned, plus The Best Song In The World, I'm A Country Singer, Head Over Heels In Love, and some of his own personal favourites, with requests from his ever-growing fanbase always catered to as well.

And the good news for those fans, is that Colin's official debut album is on the way. With the plan being for that long-player to feature only his own original songs, there's little doubt that we'll be hearing plenty more from the Banagher man for a long time to come. And the Irish country scene will be a better place for it.

GRANDMOTHER'S PRAYER, the brand NEW single from COLIN KENNY is OUT NOW, and available to request from radio. You can follow Colin on Facebook (Colin Kenny Music) where you can also tune into his regular Facebook 'Live' shows.