Calls for refurbishment to allow for Offaly gaelscoil move 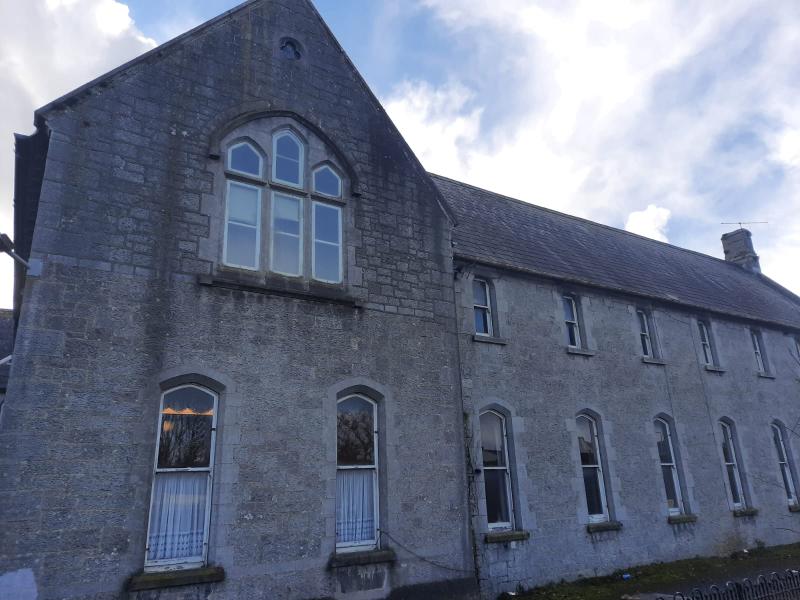 Calls were made on the Health Service Executive to work with the Department of Education to redevelop and refurbish the home of the Birr Mental Health Services in order to allow the town's gaelscoil to move to their new home along Wilmer Road, Birr.

Speaking at the February meeting of Birr Municipal District, Cllr John Carroll took the opportunity to raise the issue with the HSE officials as it has been mooted that Birr Mental Services is earmarked to move into the new Birr PCC when it is developed and vacating their premises in Wilmer Road.

Cllr Carroll asked for the HSE to work with the Department of Education to have the services' home “redeveloped and refurbished” as agreed in 2015 so that Gaelscoil na Laochra can move to its new home on the upper floor of the Wilmer Road building.

“In 2015, it was agreed that the location was suitable for the new gaelscoil. The consultant was appointed and planning permission was approved and then on further examination it was found that the property underneath would need to be vacated for works to be carried out.”

And, this is where the issue has stalled and nothing has happened since with the Gaelscoil still in its current location at Sandymount.

The councillor said that the issue now needs to be resolved as the school is waiting to get into its new premises, which is earmarked for the upstairs portion of the development along Wilmer Road. “I would ask people involved in the patronage of the school, the HSE and the Department of Education if this problem could be resolved.”

Cllr Carroll pointed out that if this matter was addressed it would not only satisfy the needs of the school but it would “also take away a bad eye sore and a bad reflection of the HSE facing onto the road. The HSE should be working with the community on this,” he said.

Responding to the councillor's query, Niall Colleary, of the Estates Department with the HSE, outlined the matter was currently still with the Department of Education as there was a requirement for temporary accommodation to be provided for the Birr Mental Services to move out into while those works were ongoing for the Gaelscoil.

“We indicated this would have to be provided so that we would be in a position to vacate the building and the Department would have to fund this. “They came back to say that due to the cost involved they weren't able to give a definite decision on whether they could proceed with it. There has not been any update since. I don't know if they have been able to provide that temporary accommodation.

"It's something that we can chase up with them but the ball was very much in their court.”

The HSE official said the works were “very complex” and to carry them out while the Birr Mental Services were operating was not feasible. “And, that is why we have to relocate the mental health services temporarily. That cost would have to be borne by the Department. We don't have the funding earmarked for that.”

Cllr Carroll then asked whether the HSE could facilitate a round the table discussion about this building to include the school's patrons, the HSE, the school representatives and the Department officials.

Joseph Ruane then said that it “all boiled down to if the building has to be vacated to facilitate the work where do we go to provide the service or what arrangements can be made".

Cllr Carroll suggested that perhaps, this was something they could look quickly at as they have been waiting for three or four month with no correspondence between the parties. “That is the kind of frustration we don't want and the work is being put on the long finger,” he remarked.

Mr Ruane said that HSE has been as “flexible as it can'' on this issue. “We have a duty of care to the service users, who are there at the moment. If the Department of Education can provide alternative accommodation, we don't have an issue moving. We just need to know where we are moving too when the work is happening,” he added.

Cllr Carroll said that they could work on that locally to get an alternative “but we need to get working on this together”.