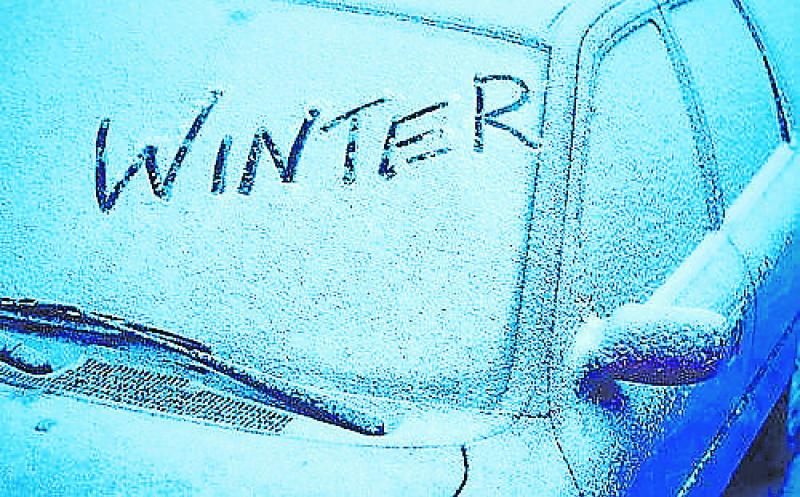 There is plenty of wintry weather in the Ireland weather forecast for the coming days from Met Eireann.

According to Met Eireann, there will be wintry showers, mainly in eastern counties, but it will be largely dry elsewhere. Feeling very cold during the day with low temperatures and a moderate to fresh wind introducing additional wind-chill. Frosty and icy nights.

The weather forecast for Ireland for Sunday from Met Eireann is for the weather to be cold and it will be mostly cloudy and mainly dry. The best of any bright or sunny intervals will be in the west. There'll be a few showers in the east. These will become more wintry in the evening. Highest temperatures of just 2 to 5 degrees with moderate to fresh easterly winds.

Isolated wintry showers will affect eastern and northern areas on Sunday night with a dusting of snow possible. Lowest temperatures of minus 2 to plus 1 degrees, coldest over Ulster, with widespread frost and ice, in moderating easterly breezes.

The weather forecast for Ireland for Monday from Met Eireann is for further scattered wintry showers to continue to move in from the Irish Sea onto eastern and northern coasts. Bright or sunny spells developing generally and staying mainly dry elsewhere. Daytime temperatures of 1 to 3 degrees in moderate to fresh easterly winds.

Wintry showers will become more frequent and push further inland later in the night on MOnday. Very cold with clear spells and lowest temperatures of minus 3 to zero degrees with a widespread sharp frost under clearing skies. Mainly moderate easterly winds, fresh to strong in the southwest.

The weather forecast for Ireland for Tuesday from Met Eireann is for the weather to stay very cold with temperatures through the day of plus 1 to 3 degrees in fresh easterly winds, strong on southern coasts. Wintry showers will continue to feed in from the east, affecting mainly the northeast and east with some accumulations possible. More isolated showers will reach further inland.

Further wintry showers will occur through Wednesday. Daytime temperatures only reaching 2 or 3 degrees for much of the country. Light to moderate easterly winds will freshen on Atlantic coasts towards the evening as a band of rain arrives from the southwest, gradually extending into much of Munster overnight, preceded by falls of sleet and snow. Another very cold night with lowest temperatures of minus 4 to zero degrees.

According to Met Eireann, it will be very windy on Thursday with further falls of sleet and snow over much of the country, with more persistent rain developing in the southwest. Temperatures will increase towards the weekend.

Our weather is expected to turn progressively colder from early on Sunday 7th February, with the cold spell now looking likely to last well into next week.
Read more here in https://t.co/ktXtWjbfIg pic.twitter.com/RsXwjT02xw