Remembering O'Brien's 37 years since it closed in Edenderry 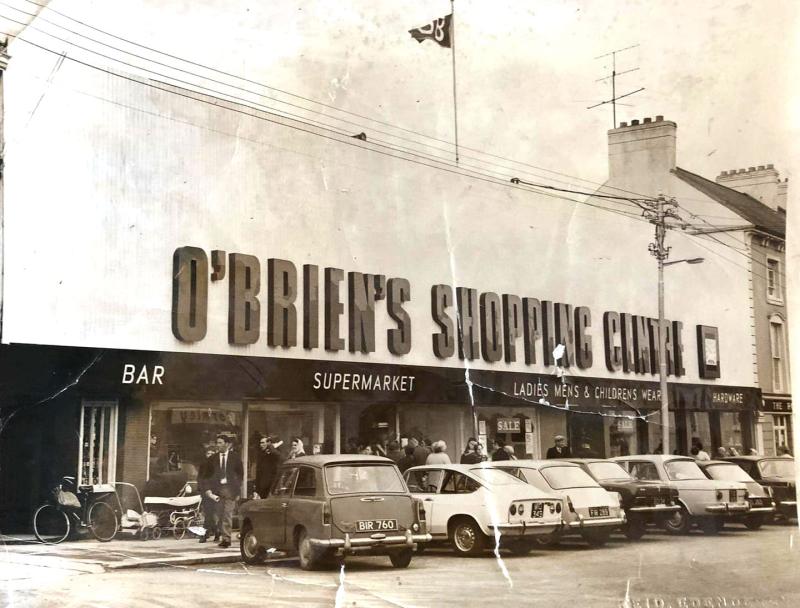 It is 37 years to the day since O'Brien's Superstore in Edenderry closed its doors, marking the end of a golden era for many in the town.

The store was ahead of its time and became a focal point and meeting place in the town. Women have memories of buying outfits while kids longed to get upstairs. Many a mini communion fortune was spent with glee in O'Brien's.

One local, Irene Kelly, says she remembers the day well.

"It was Saturday, February 4, 1984, and O'Briens Department Store closed its doors for the last time.

"It served people of the town for years and the town was like a ghost town when it closed. When you'd walk down the town, we would only walk as far as Lowry's when O'Brien's had closed. Lowry's was a tiny green grocers and sweet shop.

"We are spoilt  for choice now with four major food chains to choose from. Back then, people would be looking for lifts to Tullamore. If anyone was going for a hospital appointment, people would go to get to Dunnes Stores and do a big grocery shopping.

"Quinnsworth opened its doors then where O'Briens was in April 1984 and it was a gift."