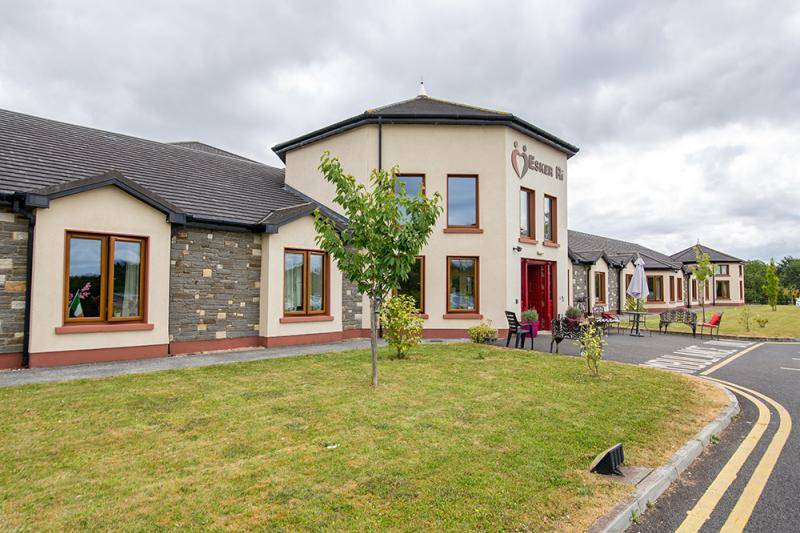 THERE have been a number of Covid-19 cases among residents at a nursing home in Offaly.

The cases were at the Esker Ri nursing in Clara in the last couple of weeks.

A relation of a resident said there had been a small number of positive results following initial testing and then a larger number some time later.

Vaccinations have been carried out at the nursing home, a private facility, and all efforts are being made to control the virus.
A spokesperson for Esker Ri said the primary focus of the nursing home was the wellbeing and health of all the residents

The Health Service Executive said when outbreaks occur in long term residential facilities, including private nursing homes, its Department of Public Health establishes an outbreak control team and provides advice and guidance on the issues which are key to bringing the outbreak under control.

A spokesperson said as part of the Covid-19 response to outbreaks in private nursing homes, Midlands Louth Meath Community Health Organisation has redeployed a number of resources to support the homes including the provision of PPE, accommodation, oxygen, and infection and prevention control support.

“Where possible within resources, staff are redeployed to support facilities who are experiencing severe shortages due to illness or the need to self-isolate,” the spokesperson said.

Meanwhile, there has been a large drop in the number of patients with Covid-19 in Tullamore Hospital.

According to the HSE figures, there were no available general beds or critical care beds in the hospital.

Before the weekend, there were 47 patients being treated for the virus in the hospital.

According to the HSE, as of Sunday evening, there were only four vacant general beds in the hospital and no vacant beds in the critical care unit.

Other figures revealed that the Covid-19 incidence rate in Offaly continued to be higher than all its neighbouring counties apart from Meath.

The cumulative incidence rate of confirmed cases per 100,000 population in Offaly between January 18 and January 31 was 487.4.