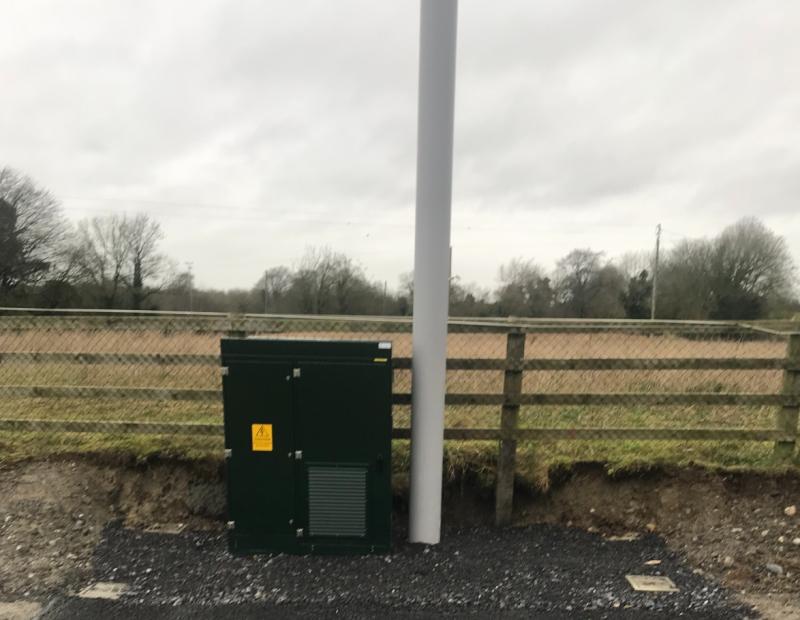 Coolderry residents express concern over pole 'no one knew anything about'

Clarification is being sought on the process that allows communications providers erect masts without public consultation after a mast was erected in Coolderry recently.

Cllr Peter Ormond told the Tribune he is seeking clarification regarding the process that allows communication providers erect masts without public consultation after he received several representations from local residents in Coolderry expressing concern regarding the location of a recently erected mast.

The Fianna Fail councillor stated he made several representations looking for improved broadband in Coolderry over the years and that any improvements in broadband would involve a public consultation process.

However, in the last number of weeks, the councillor said he received calls from residents stating that a large pole had been erected on the side of the road and “no one knew anything about it”.

“I have contacted the planning and roads section of Offaly County Council to see what protocols were followed. The pole is now erected on the side of the road and people are angry that there was no public consultation regarding the present location."

"People are looking for answers as to who owns the mast, how many suppliers are going to use it, how long they propose to have it in its current location and the impact it will have on local dwellings.”

Concluding, the councillor said that no one is against improved broadband facilities in the areas as it's a necessity going forward for people but added that prior consultation should have taken place with the community regarding the location.