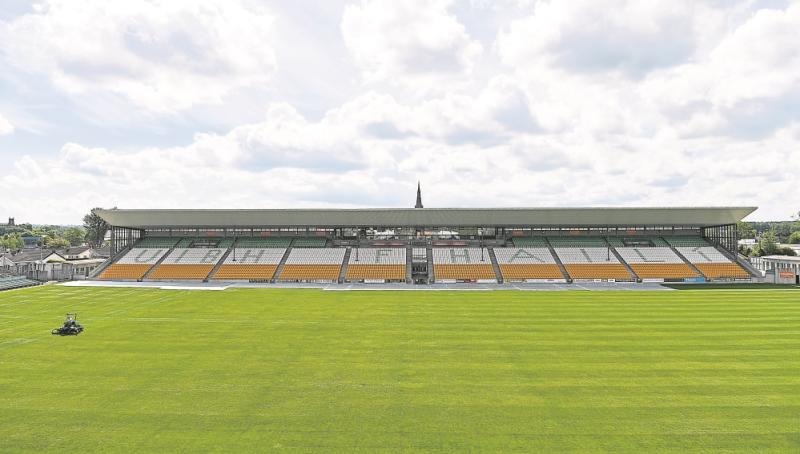 RELATIONS between Tullamore GAA Club and the Offaly County Board have been soured again over rental arrears relating to O'Connor Park.

The County Board is citing financial difficulties caused by Covid-19 as the reason for their failure to pay the rent in 2020 in full but sources in the club say the problem pre-dates the pandemic by a number of years.

Tullamore GAA agreed to lease the ground to Offaly GAA for 35 years in 2002 at an annual rent of €44,304 but index-linking it with inflation results in an increase every three years.

In spite of this, it is believed that as much as one-quarter of the money due for 2020 remains outstanding.

The matter was discussed at the AGM of the Tullamore club in December and members were anxious that it be addressed as soon as possible.

It was referred to the Leinster Council but legal advice has also been sought by Tullamore GAA.

Some within the club are of the view that legal advice will not alter their belief that the County Board is in breach of the agreed lease by not paying the rent in full and on time.

Club members believe the lease, which includes a clause on how disputes should be dealt with, places Tullamore in a very strong position.

The clause dictates that any dispute between the parties should be referred to an expert appointed either by agreement or by a member of the Law Society.

Club members have also pointed to the detail of the rent review clause which says the adjusted rent must be paid and the minimum yearly rent paid in any year should be €44,304

Separately, Tullamore GAA has also been paid an annual amount for the naming rights of the ground, which the County Board granted to Bord na Mona.

The Tullamore GAA accounts for the year ending September 30, 2019 indicate income of €4,500 for the O'Connor Park annual renaming charge but there is no income recorded under the same heading for the most recent full year.

Though the sponsorship agreement between Offaly GAA and Bord na Mona was for 10 years, it included a five-year break clause and the energy company has indicated it is invoking that when it falls due in September 2021.

The original lease included a clause that only the name 'O'Connor Park' could be used by Offaly GAA and a special meeting of the club, where the matter was put to a vote, had to be convened to facilitate the naming arrangement with the sponsor.

Offaly GAA has made substantial investments in the ground, upgrading it to one of the finest provincial venues in the country.
Covid-19 restrictions have reduced gate revenue dramatically and the outlook for 2021 is still uncertain.

Tullamore GAA Club had no comment to make on the matter when contacted and the chair of Offaly GAA, Michael Duignan, said the matter should be viewed in the context of economic difficulties caused by the pandemic.

“We're in ongoing discussions with Tullamore and we hope to bring it to a resolution,” he said.

He also said discussions will take place with Bord na Mona in relation to its intentions.