Offaly minister answers call of the curlew with conservation plan 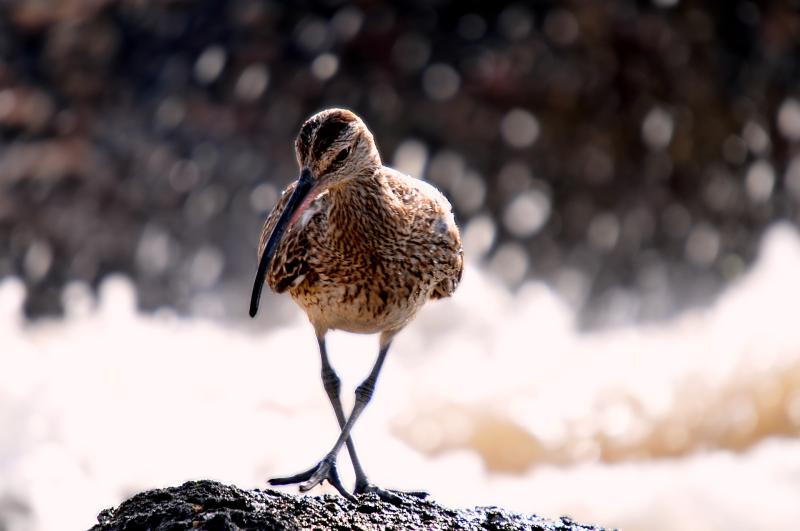 Offaly minister answers call of the curlew with conservation plan

Green Party Ministers Pippa Hackett and Malcolm Noonan TD have combined, along with their respective departments, to drive forward plans to conserve the iconic curlew. The Ministers this week announced that the recruitment of 30 contractors to work with the Curlew Conservation Programme around the country would start immediately.

The Curlew Conservation Programme is primarily run and funded by the National Parks and Wildlife Service, which is under Minister Noonan’s remit, but an extra injection of money from Minister Hackett’s Department of Agriculture has enabled the field officers to be put in place earlier in the year than would otherwise have been the case.

Referring to both the partnership and the extra money, Offaly Minister, Pippa Hackett said:

"It is wonderful to have another Green Minister to work with, to deliver on such important projects. And I’m delighted to see my department on board with this, because we need people in place now. The pre-season period from mid-January to March is crucial and this early hiring means that in advance of the breeding season, Field Officers will be able to come on board and lay the foundations for the year ahead with local landowners and communities"

Emphasising just how important it is to do that, and devote resources to the conservation effort Minister Noonan added:

“I also warmly welcome this partnership between my own Department and Minister Hackett’s. The situation for the Curlew is one of the most difficult and pressing conservation concerns of our time: we’ve seen a 96% decline of breeding Curlew since the late 1980s/early 1990s, and it is now threatened with extinction. I’m heartened to see early signs that the vital collaboration between the Curlew Action Teams, local farmers and communities is already benefitting its conservation. This funding will allow us to strengthen that collaboration and work together to protect this iconic and much-loved bird.”

The Curlew Conservation Programme, which finds and supports Curlew to rear their young chicks is now in its fifth season. It was established by the National Parks & Wildlife Service in 2017, with the Department of Agriculture coming on board as partners in 2020. The joint funding package this year will amount to €500,000.

Further acknowledging the value of their two departments working together, Minister Hackett added:

“My Department is already helping curlew conservation through locally led schemes and also through our flagship environmental scheme GLAS but this cooperation goes beyond funding. It also means that Curlew Advisory Officers will engage with existing GLAS Advisors who have developed GLAS Curlew plans. This will upskill advisors who operate in Curlew areas and will pave the way for future relations between agri-environmental advisors and specialist advisors. Such joined up efforts are essential as we look to farmers and landowners to protect our last curlew. They hold the future in their hands and I know they are ready to make positive changes for nature when provided with specialist support and advice.”

“The Curlew is a link with the wild Ireland of past generations, and the farmers and landowners who support our remaining breeding populations of Curlew are vital to its future. I hope that this funding will further the important work already undertaken by them in conjunction with the Curlew Conservation Programme, and help to ensure that the beautiful and unique cry of the Curlew will continue to be a part of the soundscape of the Irish countryside for many years to come.”