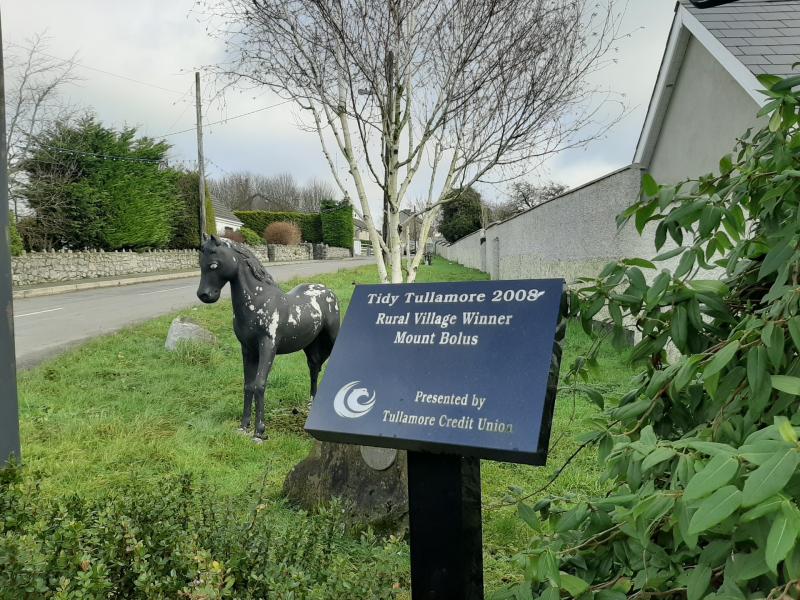 Mountbolus village is in line for rejuvenation

NEW footpaths, pedestrian crossings and placing overhead cables underground are among the works which have got the green light to take place in Mountbolus village.

The work will be funded partly by the Town and Village Renewal Scheme and the grant-aid from the Department of Rural and Community Development has just been confirmed.

At their January meeting, members of Offaly County Council gave the go-ahead for the project to proceed.

Tom Shanahan, director of service, listed other work involved in the project as traffic calming measures, remodelling of the road layout, some planting and “general improvement of the village”.

The document presented to councillors also mentioned the provision of on-street parking, improvement works to the village green and enhancement of the public lighting.

The road layout remodelling will take place at the T-junction at the southern end of the village.

The road leading from the green to the GAA pitch is also included in the area where work will be undertaken.

Mr Shanahan said two public information evenings were held in Mountbolus in September and the project was then released for for public consultation from November to December and there were no submissions.

Two local councillors, Cllr Danny Owens and Cllr Neil Feighery, welcome the project and recommended it get permission to proceed.

Cllr Owens said it represented a great opportunity for Mountbolus and he promised the funding would be used wisely.

“We are going to be doing our best to utilise everything we have and really improve our village. It's a bit rundown in recent times because there was not a lot of life in it,” said the Fianna Fail councillor.

Cllr Feighery, Fine Gael, described it as a “great day for Mountbolus”, a village which badly needed rejuvenation.

He acknowledged the support of Minister Heather Humphreys and her predecessor, Michael Ring, saying they always “had an open door and were very amenable to the proposals.”

“It'll be great when the works formally commence and when the tenders are issued in the coming months.”