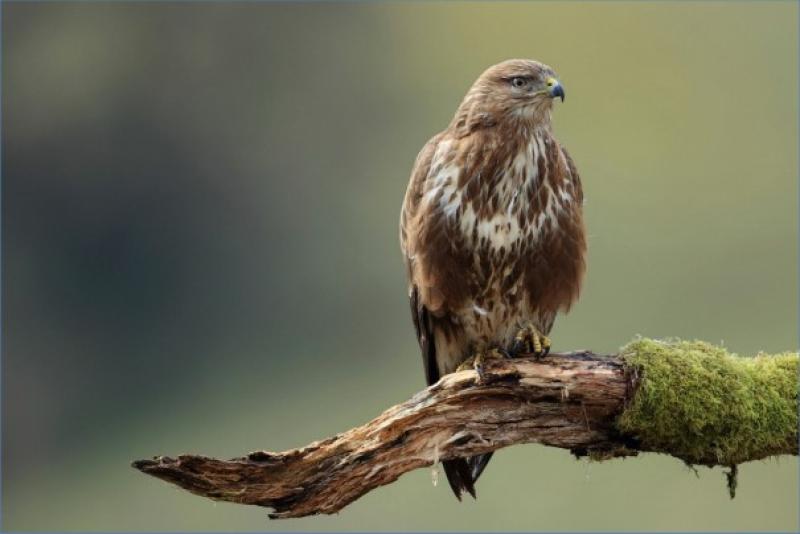 Following the shooting of a buzzard in the Midlands recently, an award is being offered by a local man for information to help the Gardaí in their investigation.

The bird of prey was sitting on a tree branch in Emo woods in Loais on Saturday December 5 at 7.50am when it was shot and killed. The National Parks & Wildlife Service launched an investigation and asked for information. They say that the firearm was discharged from the R422, south of Emo village.

Now Patrick O'Brien is offering €100 for information, and he launched a GoFundMe on Saturday January 16 for people to donate more money to increase the amount of the reward. See link below story.

"I am raising funds for a reward for information that will assist in the arrest and prosecution of those responsible in the illegal shooting/killing of the Buzzard/Eagle, a protected species in Ireland.

"I will personally add 100€ myself to what I also raise to the reward fund on this page. All monies raised will go to the reward.
Should the perpetrators of this vile act not be caught, hopefully they are, the money will go to a worthy cause in the protection of our National wildlife.  Assuring you all of my best intentions. Patrick O'Brien." he writes.

The Laois Offaly branch of the Irish Wildlife Trust has welcomed his efforts.

"The Irish Wildlife Trust Laois Offaly Branch is heartened to see a local man take direct action to help see the criminals responsible for the buzzard shooting in Emo brought to justice. The reward might be what it takes to incentivise someone to come forward with information to assist the NPWS and Gardai catch those responsible for the wanton killing of protected wildlife."

The NPWS, along with An Garda Síochána in Portlaoise and State forestry company Coillte, is investigating the illegal killing and is seeking any information regarding a vehicle or people acting suspiciously on the morning of December 5th.
The investigating wildlife ranger said a member of the public heard a shot and subsequently found the dead buzzard and a spent shotgun cartridge on the road.
“The National Parks and Wildlife Service is interested in information relating to a vehicle that was recorded in the area on CCTV. It is believed that individuals may be driving around looking for buzzards perched on the roadside and then shooting them from a vehicle,” the ranger said.
The common buzzard, as with all birds in Ireland, is a protected species under the Wildlife Acts. It was driven to extinction in Ireland by the early 20th century but recolonised after a significant absence, according to BirdWatch Ireland.