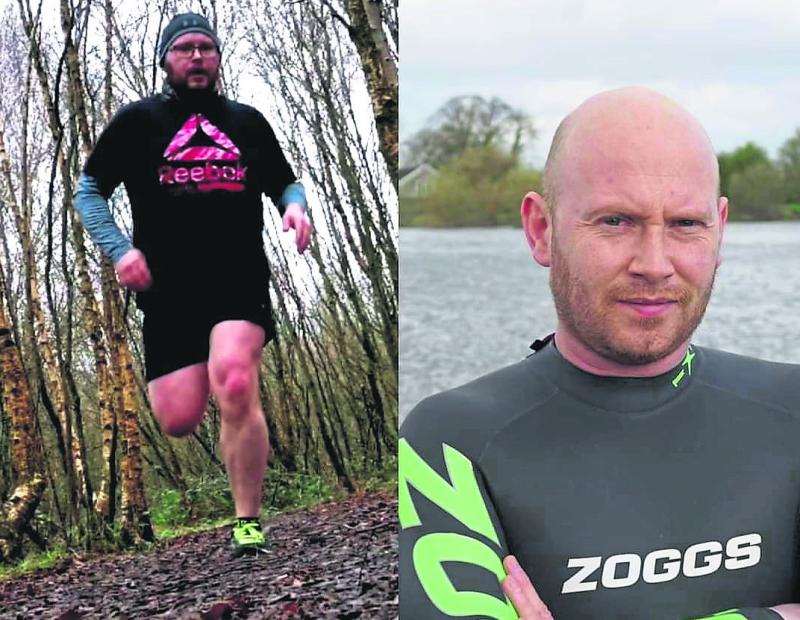 Paddy McDonnell, from Cloghan, swan the full length of the Shannon a couple of years ago. He's now planning to swim Lough Ree, in May.

Offaly man Paddy McDonnell is planning to swim the length of Lough Ree during May.

Cloghan native Paddy told the Tribune that despite everything that's going on at the moment it's still important to dream and to plan.

"With everything that's going on at the moment it's hard to keep focused," he remarked. "Normally at this time of the year a lot of people are planning what events they are going to do; but now for obvious reasons there is a lot of uncertainty about what events will go ahead.

"But I am remaining hopeful and am still planning. I've been kicking around the idea of swimming Lough Ree in one go for some time now and I want to give it a shot this year. All going well the 15th of May will be the day."

Paddy swam the length of the Shannon back in 2018, but for this particular challenge he is making it a race, between himself and his brother.

"I was chatting to my brother Michael recently and he wants to do it. Michael has just signed up for the Connemara 100mile ultra marathon. Not my cup of tea but fair play to him.

"In preparation for the Connemara ultra marathon Michael is aiming to run around Lough Ree which is 90 kilometres. At the same time I will be racing against him. I will be swimming from the bridge in Lanesborough to the Athlone Town bridge, which is a distance of 33 kilometres."

Paddy said the 15th of May is the day before Michael's birthday and the funds raised will go towards the Irish Cancer Society.

"I put up a post recently on the Swimming the Shannon Facebook page and a link to the page Michael and I are using for the event. A GoFundMe account has been set up.

"Michael is looking at completing Lough Ree in around 12 hours which is the same time I am looking to swim from Lanesborough bridge to Athlone Town bridge.

"It will be interesting to see who will get to the finish line first!"

"All proceeds from Michael's 100mile ultra marathon will also be going towards the Irish Cancer Society.

"We will keep everyone updated on training in the build up to May 15."

Fourteen days, 245km, roughly 200,000 strokes, 70,000 breaths of air, 9,000 lengths of a 25m pool and four and a half kilograms of weight is what it took Paddy to swim the entire length of the Shannon River in May 2018. It was a stunning achievement and locals were very proud of him.