Road gritting in Offaly is a 'postcode lottery' says councillor 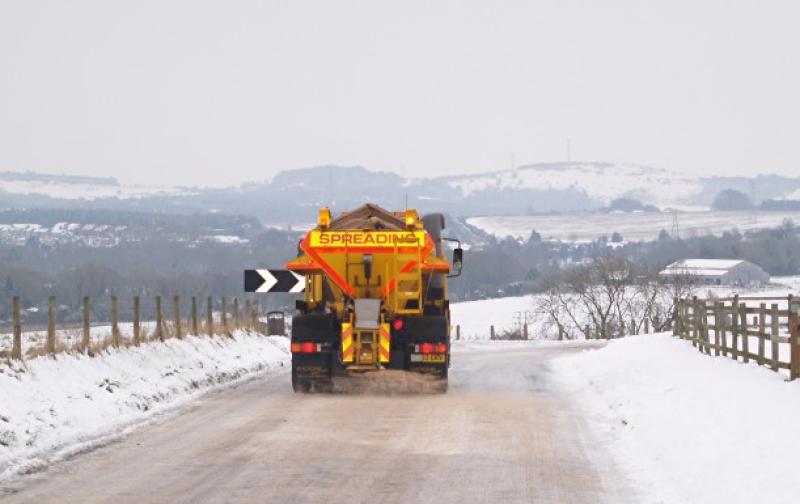 Road gritting in Offaly is a 'postcode lottery'

Complaints poured in from some frustrated county councillors over the gritting of roads in the Birr Municipal District recently.

With the steep drop in temperatures recently, Cllr Clare Claffey raised the issue at the January meeting of the municipal district earlier this week after she was contacted by a large number of constituents, whose roads weren't gritted as part of the Council's salting programme.

READ NEXT: Details of roads to be treated in snow and ice in Offaly this winter

Speaking, Cllr Claffey pointed out she understood the gritting routes were done on a priority rating based on traffic volume and location. But, she posed the question to council officials as to whether anything could be done regarding the roads that were left ungritted.

“I have had so many complaints regarding the Moycetown to Belmont/Ferbane Road, the Shannonbridge to Ballinahown road and they aren't being gritted. But, they are lethal. In fact, I believe it's a postcode lottery. If you don't live near a priority route then you will not have your local road gritted. The weather is due to get colder again in the coming days and it's extremely dangerous. I am wondering if anything can be done,” she queried.

“Unfortunately, when you look at the overall plan, it's impossible to get to everywhere. I know there's a programme being rolled out and it's going before the Environmental SPC that we will have salt bins in certain areas e.g. Rahan and Pullough where the two bridges are constantly causing trouble.”

The Chairman continued: “Hopefully by the middle of this year, there will be something brought forward on this to the members. It's not the prefect solution and it will requires a community approach to it. For example, with the Pullough bridge, someone will need to take control of it where someone comes out and salts the bridge at a certain time and the salt is replenished by the council when needed and everything is kept safe.”

Concurring with the councillors, John Mitchell, Senior Executive Engineer, told the councillors they had “hit the nail on the head” with regard to this issue.

“We are all looking at our national and regional roads where the traffic is heavy. Those are the priority routes. There is also a winter maintenance plan that would be discussed at SPC level. However, the constraints are that with the roads we are gritting at the moment, the lorries are going out generally four hours plus and some times twice a night. There's a limit really and what we c a get done within the resources we have. We have over 1,000 kilometres in the municipal district and we are not going to be able to grit them all. Even the roads we do grit, there's no guarantee they are not going to always be in a good state with the weather we have had for the last few weeks,” he concluded.