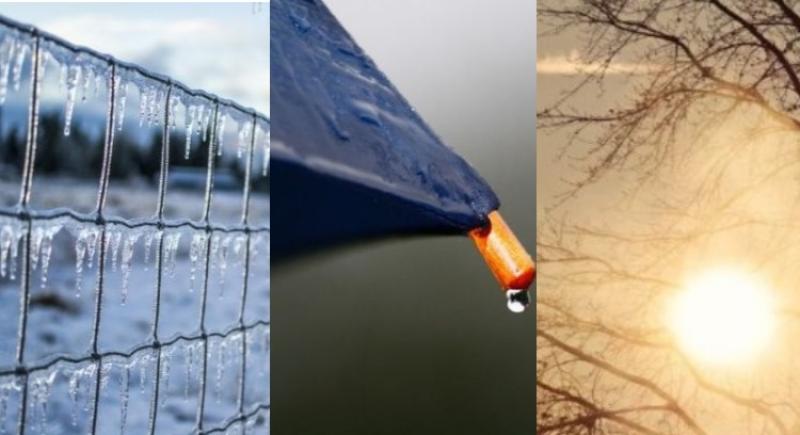 The weather forecast for Ireland for the coming days from Met Eireann is for some wet and windy weather with temperatures dropping below freezing at times by night.

The weather forecast for Ireland for Thursday from Met Eireann says that cloud and rain will gradually clear from the east on Thursday morning, leaving a mostly dry day with good sunny spells and just some well scattered showers, mainly in the north and west. Highest afternoon temperatures of 6 to 9 degrees in a light to moderate northwesterly breeze.

Dry and cold with clear spells countrywide at first on Thursday night but cloud will thicken in the west later in the night. Lowest temperatures of -2 to +3 degrees, so frost will return to some places. Mist and fog will form also, as winds fall light.

The weather forecast for Ireland for Friday from Met Eireann is for the day to start cold, dry and bright but cloud will build during the morning, with rain affecting western areas during the afternoon and evening. Afternoon temperatures will range between 5 degrees in the northeast to 9 degrees in the southwest. Southerly winds will be generally light to moderate, but will become fresh near coasts in the west.

Friday night will be wet and breezy with widespread and occasionally heavy rain. It will be mild in most places with overnight temperatures of 7 to 10 degrees. There will be moderate to fresh southerly winds, stronger near coasts.

Rain will clear eastwards on Saturday morning, leaving a dry but rather cloudy day. Isolated showers may develop in northwestern coastal areas. A cool day with afternoon temperatures of 6 to 8 degrees, with moderate northwesterly winds.

Saturday night will be cold and most places will stay dry, although there will be a chance of some showers near northern coasts. Lowest temperatures of 0 to 4 degrees with frost in some areas.

According to Met Eireann, Sunday morning will start off cold, dry and bright but cloud will increase through the day, bringing some outbreaks of rain to the northwest. Highest afternoon temperatures will be around 6 or 7 degrees and winds will remain light.