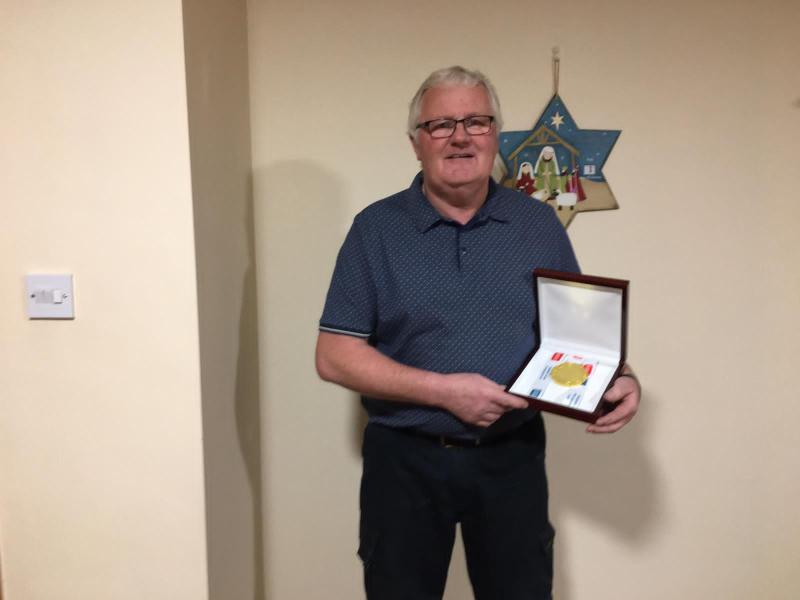 Tom commenced his involvement in Moneygall FC early after its inception in 1978.

Tom commenced playing and was instrumental in setting up the underage structure in the early 1980’s. Tom has coached all age groups throughout the years and managed and maintained club facilities.

He was always out early to cut and line the pitch and he organised land to lease each season, so the club had a home.

Tom also got involved in the North Tipp league and acted as registrar for the schoolchildren’s league for 10 years. Tom continues in his role as Treasurer - a position he has maintained for nearly 20 years. He was instrumental in fundraising that allowed the club to purchase and develop their own grounds.

Tom developed a club that his kids could enjoy and today, he has the satisfaction of seeing his grandchild now benefit from something he stuck with for 40 years. The club and community are indebted to Tom for his dedication and determination for a small rural club and he will be honoured this week at the special virtual awards ceremony.