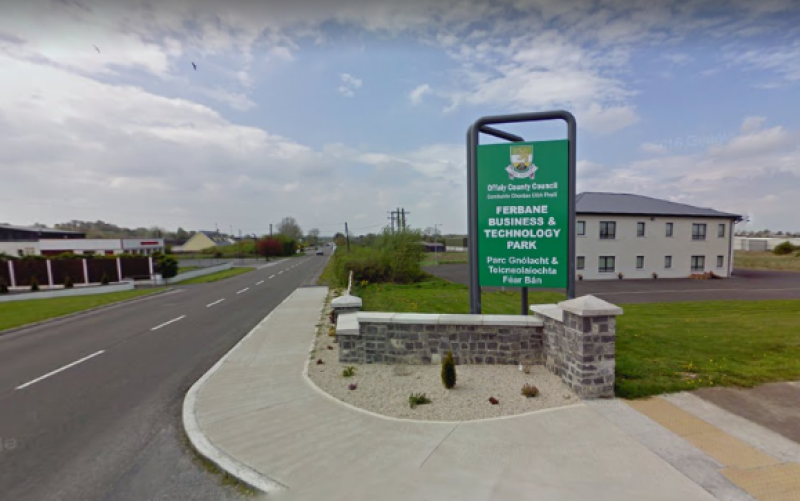 Ferbane Food Campus at Ferbane Business & Technology Park is to receive €595,000 this year as part of Just Transition funding

Twelve projects in Offaly are to receive Just Transition funding, representing a major boost for the region.
Ann Dillon, Director of Planning, told a recent Offaly County Council meeting that these 12 projects are receiving many thousands of Euro each.
This money is part of a Just Transition Fund which will see a total of 47 projects share almost €28 million for employment and community supports for communities that were traditionally economically dependent on peat harvesting.
The funding for the 47 projects was announced at the same time as the Government's Cabinet approved €108 million for the rehabilitation of Bord na Móna bogs under plans to improve Ireland's record on climate action.
The Just Transition Commissioner Kieran Mulvey said the projects are “innovative” and will bring new, green energy enterprises with the potential to boost the economy of the region and create jobs.
Cathaoirleach of Offaly County Council, Cllr John Carroll, welcomed the announcement of funding of over €5.5 million for Offaly specific projects under Strand 2 of Just Transition.
Cllr Carroll said the projects chosen represent “innovative and inspiring plans from businesses, local authorities and communities in Offaly who are committed to creating a green and sustainable economy for the region."
Ann Dillon said part of the Just Transition Funding given to the Council will go towards an educational programme called “Building Resilience and Adaptability in Primary School children through STEM (Science, Technology, Engineering and Mathematics) in impacted communities.”
Cllr Carroll said seven of the 12 projects are connected with the County Council and there is “a lot of work to be done” driving them forward. Cllr John Leahy pointed out that more staff are needed in the County Council to drive these projects forward. He welcomed the funding. “We are starting to see the light at the end of the tunnel, in what has been a difficult number of years for the county because of Bord na Móna's transition programme.”
Cllr Peter Ormond said it was tiresome for applicants going through the paperwork for this funding stream “but their patience has been rewarded.”