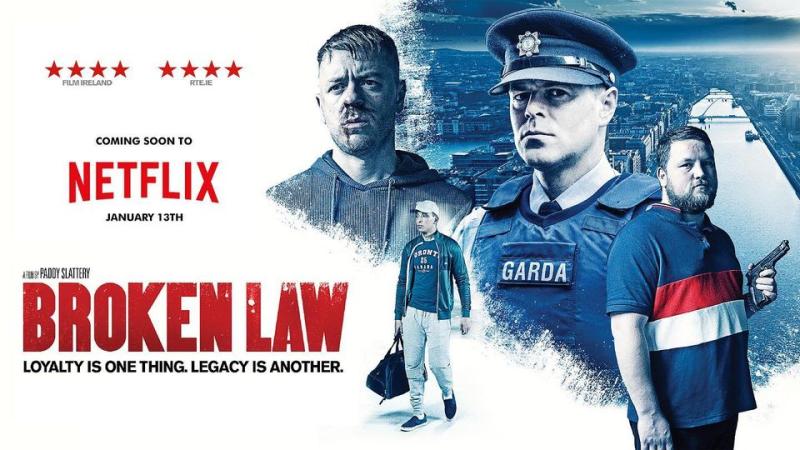 Written and directed by Paddy Slattery, Broken Law will be available to watch on Netflix from January 13.

The film tells the story of two estranged brothers on opposite sides of the law.

Dave Connolly is a respected member of the Gardai but his loyalty to the force gets tested by his ex-convict brother Joe following a botched robbery.

Broken Law has been described as a ''taut and tense thriller that examines family loyalty, legacy and how far we will go to protect the ones we love.''

The film received very positive comments, with the Guardian describing it as ''A headbutt of a thriller.'' Joe.ie said it was ''A deadly directorial debut,'' while Cineuropa said ''Slattery's debut is ''a must see.''

The film stars Tristan Heanue who has appeared in Vikings, Game of Thrones and Fair City to name but a few, Graham Earley, (Cardboard Gangsters), John Connors, (Love /Hate) and Gemma Leah Devereux (The Tudors.)

Paddy Slattery is an award winning film maker who has won several accolades over the years.