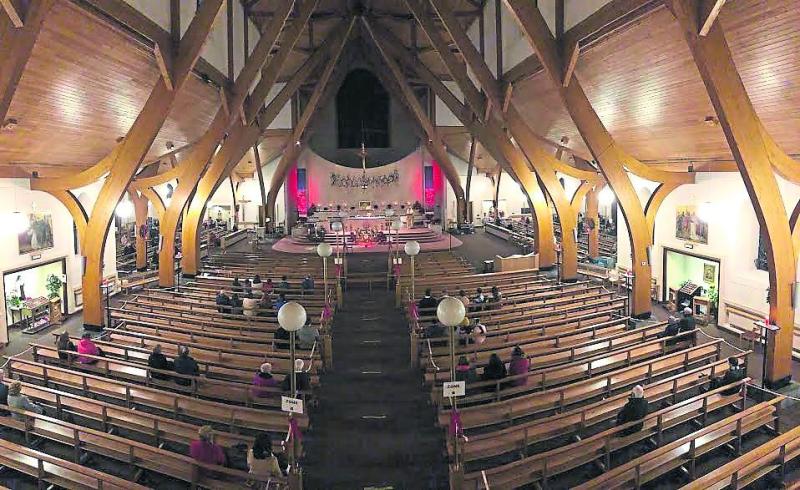 Organist and choirmaster Ciaran Gilligan who played at the 10pm, midnight and 9am Masses captured just how different Mass was when he took a panoramic photograph from the balcony at the 10 pm Mass on Christmas Eve.

The picture shows just how empty the church was on an occasion which would normally draw thousands of people.

The altar in the Church of the Assumption in Tullamore drew lavish praise from those who were lucky enough to secure a ticket for Masses on Christmas Eve and Christmas morning.Adorned with candles, poinsettias, white fairy lights and of course the crib, it was stunning.

The crib which is usually located at a side altar was moved to the centre steps which met with wide approval.

Mass was very different this year for many people with only 150 worshippers allowed to attend each one and tickets required for all the Masses. Most people had no option but to view the ceremonies on the webcam.

Singing was also restricted and individual singers and smaller choirs provided the music and carol singing.

We look forward to next year when hopefully things will have returned to normal and everyone will be free to go to Mass and attend other events without worrying about facemasks or contracting the coronavirus.