Offaly man gets top job with largest bank in country 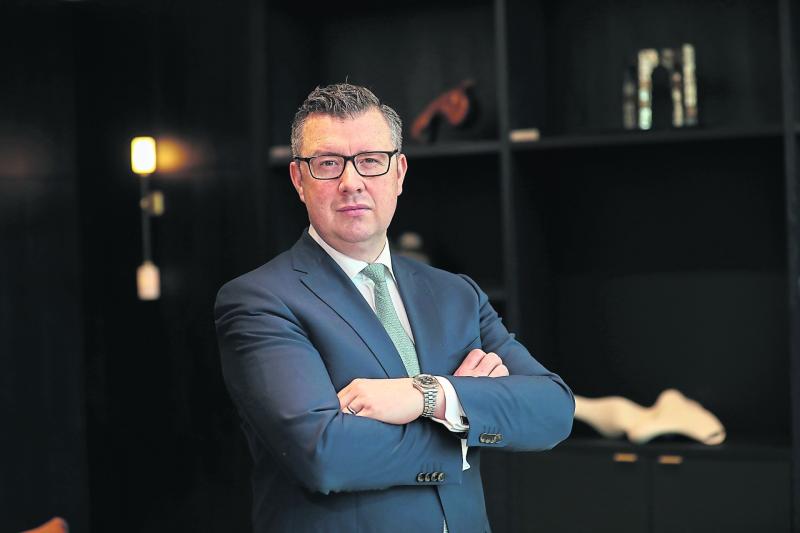 “The appointment is subject to the satisfactory conclusion of the supervisory fitness and probity assessment process,” a spokesman for AIB told the Tullamore Tribune.

Over his 18 year career in the bank, Caolán has driven significant transformative change and business development in AIB's corporate and retail business, including leading the Syndicated & International Finance business in Dublin and New York.
In July 2020, Caolán took up the position of Interim Head of Group Strategy.

Son of Sean and Frances Berry, Caolán was educated locally at Durrow N.S. and completed his Leaving Certificate at the then St Columba's CBS, Tullamore in 1998.

Following his graduation from Trinity College with a Degree in Economics and Philosophy, Caolán completed an internship with Kenmare Capital in New York before joining AIB in 2002.

Caolán also worked for the Tullamore Tribune for two Summers having initially joined the team on work experience during his Transition Year at the CBS.

He filed a first hand account for the Tribune of the Twin Towers bombing in New York in September 2001, a tragedy he witnessed while working in the Big Apple.

Married to Anna, the couple have three children – Lorcan, Donnacha and Cora Jane. He resides in Dublin but is a regular visitor home to his native Durrow, Tullamore and Offaly.