Three Offaly men going on the run for charity 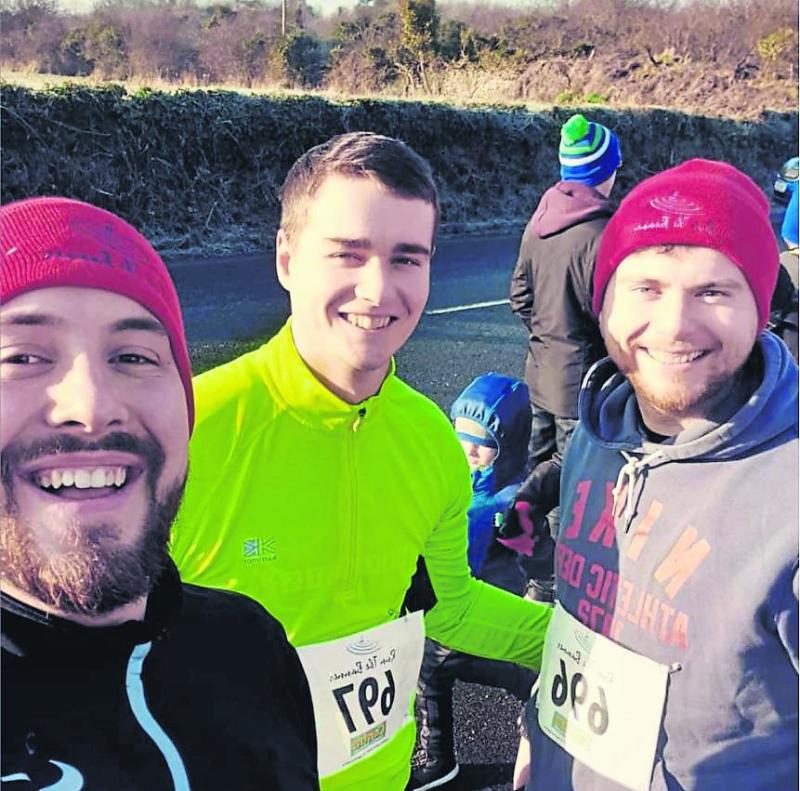 THREE young local men are involved in a major '250 for 250' fundraising effort for Alone and Pieta Midlands.

Dan Jaffray, John Brophy and Kevin Nicholson are taking on a half marathon over Christmas for the two charities as part of a project which sees participants run 250km to raise €250.

Kevin explained why they were getting involved in the fundraising.

“It was set up by John Brophy who pitched the idea to myself and a few others,” he said.

“Where the idea came from was that it has been a tough year for everyone but especially those who suffer from loneliness or their mental health and this was a way of raising money to support those people while also reconnecting with friends who have not been able to see each other.”

The fundraiser involves running the 250km over 12 weeks and those taking part are running the half marathon – which is over 21km - on December 23.

In keeping with Covid-19 distancing guidelines, each of the fundraisers is running alone.

Alone provide services to older people who are homeless, socially isolated, living in deprivation or in crisis.

Pieta provides free therapy to those engaging in self-harm, with suicidal ideation, or bereaved by suicide.

The original target was €5,000 but that has already been exceeded by more than 50% and the volunteers are hoping the money keeps coming in.