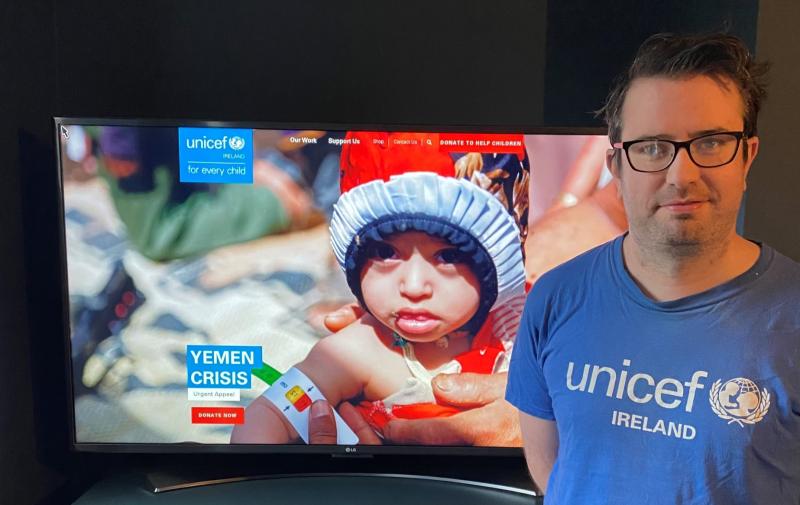 A Tullamore charity worker has a Christmas message for the people of Offaly as Yemen edges closer to a devastating famine.

UNICEF worker Justin Killeen is issuing an emergency appeal for children in Yemen. He insists locals can save lives by coming together in the final weeks of the year in support of the most vulnerable children in the World.

The 33-year-old, a recent arrival to the county, is the Pledge Manager for children’s charity UNICEF Ireland. He is central to the work of the UN organisation in Ireland and brings an expertise honed from many years working on emergency appeals for humanitarian assistance.

Justin (33) is originally from Co Clare but studied law at Limerick and NUIG before moving to Tullamore during lockdown.
The work is demanding and emotionally draining at times, but Justin has a clear motivation that helps focus him.

“No child deserves to die from a preventable cause and in 2020 no child should. There is more than enough food, water and medicine in the world to go around and it is unfair that so few have access to what they need, especially children.”

Latest reports out of Yemen indicate the population there is inching towards famine; Justin is acutely aware of Ireland’s history of famine and points out that others might also have this on their minds at present, given the recent ‘The Hunger’ documentary series on RTÉ. In fact, the programmes were narrated by actor Liam Neeson, a UNICEF Goodwill Ambassador. 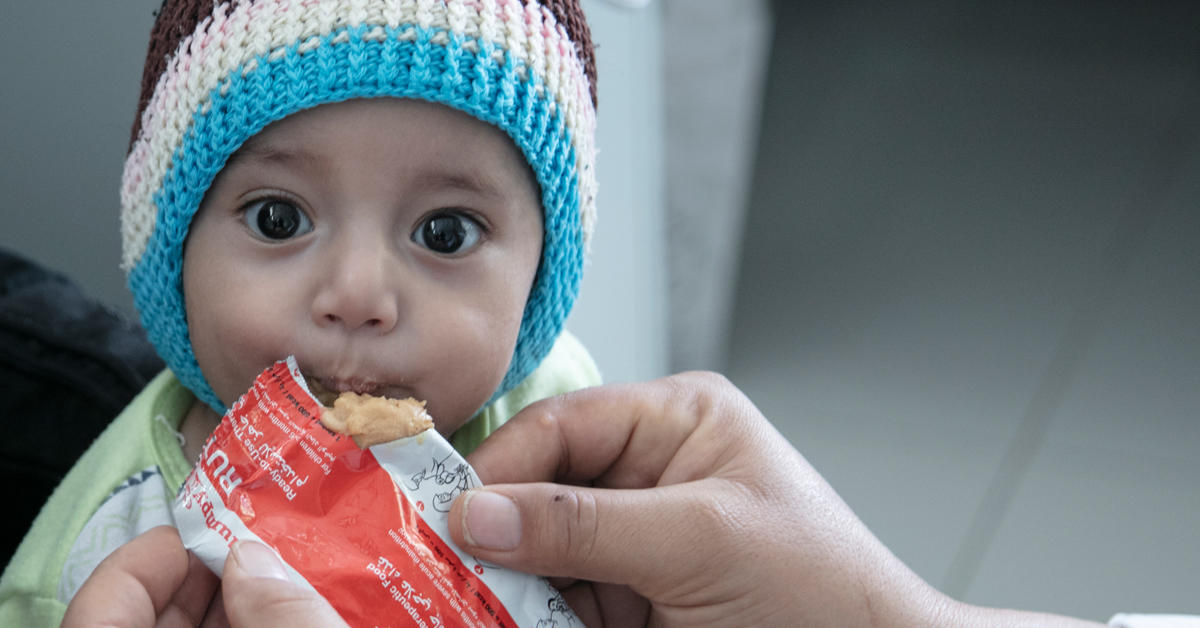 Just this month, United Nations organisations including UNICEF, and the World Food Programme, warned the window to prevent famine in Yemen is narrowing because of record highs of acute food insecurity.

New Integrated Food Security Phase Classification analysis indicates pockets of famine conditions have returned after two years in the clear and warns the number of people experiencing this could triple from 16,500 to 47,000 between January and June of next year.

At the same time, the numbers of people facing emergency phase food insecurity – one level below famine  – is poised to increase from 3.6 to 5 million over the same period.

Without a change of course, millions will be in famine by Summer in Yemen.

UNICEF Ireland Executive Director Peter Power has said the deteriorating situation is a potential disaster for children in Yemen.

“Yemen is already the worst humanitarian crisis in the world and millions of children are in need of urgent humanitarian assistance. UNICEF is one of the few major aid agencies in Yemen delivering aid at scale to children and famine would represent a disaster for the country.”

It may seem far away, but Justin feels certain this is a crisis that Irish people will instinctively understand, holding the children of Yemen close to their hearts.

"We have prevented famine in Yemen before, and we should be able to prevent it again, with increased support and with unimpeded access to every child and family in need.”

Immediate and coordinated humanitarian support is critical to prevent famine and save lives, in a country that relies on imports for 80 per cent of its food and where over 70 per cent of the population live in rural areas and rely on agriculture for their livelihoods. But significant funding shortfalls threaten even more cuts to lifeline food assistance, as well as to life-saving malnutrition treatment services for children under five years and pregnant or breastfeeding women, and support that keeps households producing the food and income they need to get by.

The surging crisis is a combination of complex causes: a years long and intensifying conflict which has destroyed the economy, including dramatic food price increases in Yemen’s south, and a fuel import embargo hitting families in northern areas. The COVID-19 pandemic has compounded suffering as earning opportunities have dried up, health services have been stretched to the limit and travel restrictions have compromised access to markets. On top of that, a locust plague and flash floods have battered local food production in some areas.

Back home, and after an exhausting year, in which he has had to adjust to working from home, like so many others in Offaly, Justin says he is looking forward to some time off and to experiencing all that his new locality has to offer.

To support UNICEF’s appeal for children in Yemen this Christmas, visit UNICEF.ie or call Justin and the team on 01 878 3000.