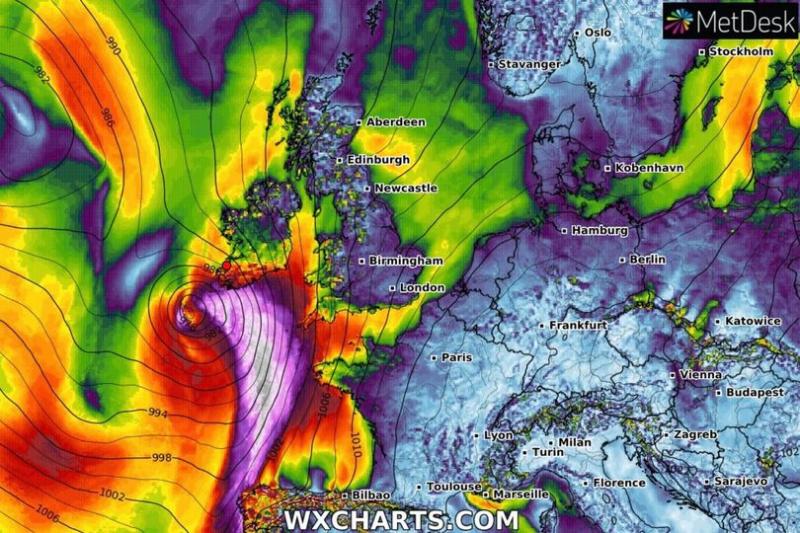 A low pressure system is set to bring wet and windy weather to Ireland on Tuesday night into Wednesday morning.

According to Weather Alerts Ireland, a low pressure system will push up from the South bringing very strong winds to the South and the East in particular on Tuesday into Wednesday.

For more from Weather Alerts Ireland see the post below.

Met Eireann has issued a Status Yellow Wind Warning for Carlow, Kilkenny, Wexford, Wicklow, Cork, Kerry, Limerick, Tipperary and Waterford. Southerly winds will reach mean speeds of 50 to 65 km/h with gusts of up to 100 km/h. There will be a risk of coastal flooding. The warning is in place from 9pm on Tuesday until 9am on Wednesday.

The Met Eireann forecast for Tuesday night says that a low pressure system will move up from the south over western parts of the country, bringing strong and gusty winds with gales developing on southern and eastern coasts, producing a risk of coastal flooding. Heavy rain will spread countrywide with a risk of surface flooding. Lowest temperatures of 3 to 7 degrees will occur early in the night.