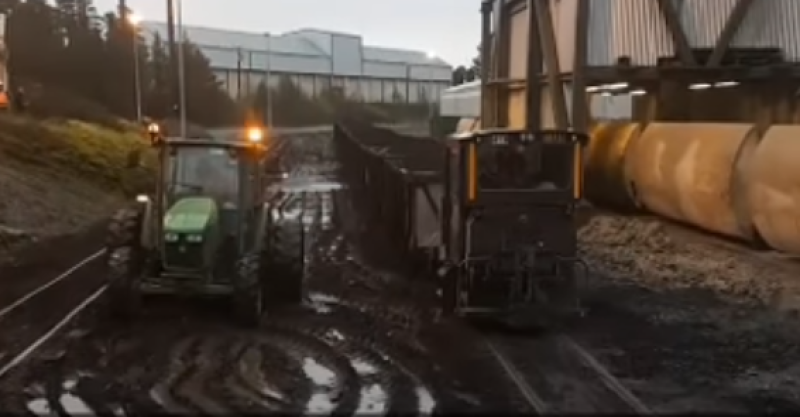 There was an undeniable sadness in Shannonbridge on Thursday evening as the last rake of peat was delivered to West Offaly Power via the trusty rail lines.

The load was quietly delivered as the curtain came down on the plant in West Offaly. It will no longer feed the national grid from today. Watch the final rake arrive below:

In 2002, the ESB was granted permission to construct a peat-fired electrical power generation plant at Shannonbridge to replace another power plant, which had operated from the same site for more than 35 years.

And, it operated there since. However, the ESB announced in November 2019 that the West Offaly power plant in Shannonbridge and the Lough Ree power plant in Lanesborough would close at the end of December 2020. The two plants employ 80 people between them.

The decision was taken after the company failed to secure permission to switch the two plants to biomass power stations and the proposal to switch was rejected by An Bord Pleanala in July 2019.

The Shannonbridge Power plant stops feeding the national grid this Friday and the Lanesborough power station, which opened in 1958, will cease production on Friday, December 18 next. It will mark the end power generation solely from burning peat in the state.