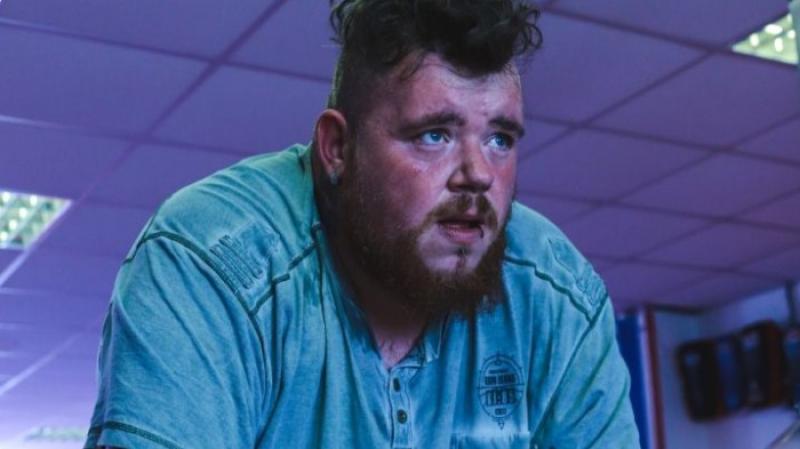 A well-known Offaly musician has opened up about his lifelong battle with obesity, moving him to launch a fundraising campaign to raise funds for a gastric operation in the hope of a more active life with his children.

Tony Cunningham from Tullamore forms one half of the prominent local band ‘Blessed’, along with Pullogh native David Bracken. The duo have spent the last 11 years playing gigs in some of the smallest and biggest venues in the country, playing and perfecting covers in their own specific style.

While well known locally, Blessed catapulted into the national spotlight in 2019 when Mrs Brown’s Boys star Damien McKiernan spotted them playing in Kilkenny. The chance meeting led to an invite to perform at a charity event attended by the cast of Mrs Brown's Boys, TV presenter Brian Ormond and Rory O’Connor of Rory’s Stories.

The young father of two has tried to combat his weight issues in recent years with countless diets and workouts to no avail, “falling off the wagon” each time which in turn impacts his mental health and leads to comfort eating.

Now 32 years of age, Tony hopes this surgery will press his body’s “reset button” and allow him to live a more healthy and active lifestyle with his young family.

“I’ve struggled with my weight and my size for the longest time, going back to when I was 16 or 17 years old. When I was a younger man it never really bothered me that much because I was young, fit, healthy and my body hadn’t yet felt the effects of all damage I was doing to it,” Tony told the Offaly Express.

“Over the course of the last five or six years I’ve tried everything; every diet, I’ve been with four personal trainers, I’ve spent thousands of euro on gym memberships, personal trainers, workout and nutritional programmes - but unfortunately something always happens.”

“Something drastic will end up happening, my confidence will take a knock and then my anxiety and depression will kick in. Ultimately I end up finding solace or comfort in food, and I’ll end up worst than where I started.”

Tony’s progress in 2020 saw him link up with a personal trainer in Loughrea earlier this year, where he made strives and managed to shed just under four stone from a starting. But with the ongoing Covid-19 pandemic and the performance sector locked out since March, Tony once again stumbled on his weightloss journey.

“This particular time, when the Level 3 restrictions originally came in it brought work to a halt. For the first time in 12 years, I found myself practically back on the dole. Between that and financial worries, life just took over again and the fitness fell by the wayside," explained Tony.

“One of the main reasons we started this campaign was because I firmly believe that if something drastic doesn’t happen I’m not going to see 40.

“I’m calling this procedure my body’s ‘reset button’. It’s like someone handing me a reset button and saying ‘press that’ and you’ll get to go back to the start, but once you get there it’s up to you to take responsibility and make sure you don’t go back to where you were.

“Once this reset button is hit, I’ve been in contact with certain psychologists and psychiatric doctors about fixing my mental health as well. It’s about getting to place of not having to find comfort in food, but instead finding comfort in going back playing music again, spending time with kids and partner, and everything else.

“This reset button is a chance at a fresh start and a fresh chance to be able to do the small things in life that I can’t do now. Like being able to walk around Tayto Park with my family and not have to sit down every 10 minutes, play football with the kids or run around after them.”

If successful in reaching the €5,000 GoFundMe goal, Tony hopes to travel to Turkey for the gastric sleeve surgery where they will remove 85% of his stomach.

According to Tony, the same procedure here in Irelands costs €14,000, as opposed to €5,000 in the Turkish hospital recommended to him by others who have undergone the surgery. All things going to plan, Tony hopes to travel early in the New Year and press that reset button once and for all.

To donate to Tony’s campaign, you can do so HERE or below: