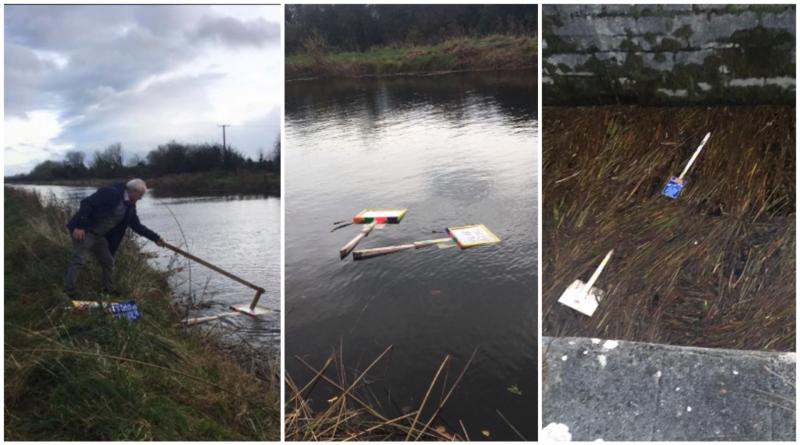 A group of positive mental health campaigners are devastated after signs promoting positive messages along the Fiona Pender Grand Canal walkway in Tullamore were dumped in the water twice within a few days.

"We're devastated to say the least," Ray Larkin said. Hear what way had to say in full below:

The new mental health initiative to place positive message along the route was established in early November to help people cope during the Covid-19 pandemic in Tullamore and surrounding areas. It had become popular with walkers and frontline workers taking a break after their shifts in the town.

The posters which have words of support and encouragement were written by local schoolchildren. They have a QR code which can be scanned using your phone where people will receive a link of numerous mental health support services.

The idea for this came from the group whose work and life experiences prompted them to reach out and provide another tool for all during this challenging time of covid restrictions.

Ray described how last week the signs were discovered in the canal having been dumped. They were fished out and replaced at various points only to be found dumped in the water again at the lock on the walkway.

Again, they were recovered by passing boaters and reinstated. Ray told the Offaly Express that he was so disappointed to see the act of vandalism happen to the signs promoting something so positive.

"Nurses in the hospital after their night shifts and people suffering from depression love them so much," he said. Ray, Eva and Geraldine are committed to improving mental health in the town and the signs are a big part of that.

They have once again been placed at Fiona's Way.