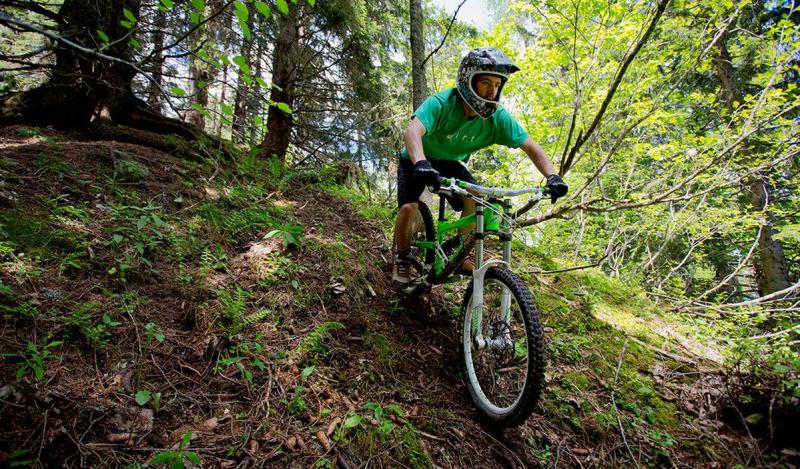 Offaly's star as a choice location for outdoor activities is fast rising, with the addition of a number of beautiful new bike trails and walking routes.

An article in the Sunday Business Post last week highlighted the many positive things which have been happening in the county's outdoor world.

Orla Martin, Head of Enterprise at Offaly Local Enterprise Office in the County Council, pointed out that the county is known for its wide open spaces and, "as an organisation, we believe that this openness embodies what we do, and how we do it. We believe that within this wide-open space, within this great openness, there is a lot of room to grow; there is a lot of room for new and exciting tourism projects. The 'space to grow' is the essence of our thinking when it comes to encouraging more tourism projects in the county."

She said the Council has created a new brand mark for this 'space to grow' concept. "The core elements of our new brand mark are sun, water and land and they represent Offaly's unique natural environment including our waterways, our hills and mountains, our wide open spaces. It's a strong single identity that communicates a progressive and coherent new image - innovative, adaptive, transformative and facilitating."

The Slieve Bloom Mountains are an important part of this new brand. The new mountain bike trails in the Slieve Blooms are proving very popular, attracting very impressive volumes of visitors prior to Lockdown. The new trails are rapidly heading towards the same level of success which is enjoyed by the Ballyhoura trails in Limerick, which attract 45,000 visitors to the region per year.

The new bike and walking trails along the Grand Canal from Pullough to Daingean are also proving very popular, with thousands of people using them every year.

In 2016 the County Council unveiled its "Connecting People - Connecting Places" and its plans to build a greenway along the towpath route of the Grand Canal from Edenderry in the east to Shannon Harbour in the west.

The Grand Canal Greenway will make close to 100km of safe walking and cycling greenway available to locals and visitors alike. The council is involved in the project with the Councils in Kildare and South Dublin and the Greenway, when finished, will run from the Grand Canal Dock in Dublin all the way to the River Shannon. Work has already been completed along several sections of the route.

"The big picture plan," said Anna Marie Delaney, Chief Executive of Offaly County Council, "is to deliver 'Midlands Cycling Destination - Offaly', which would see more than 300 kilometres of Greenway running through Offaly, all set in an amazing landscape and passing through many lovely towns and villages.The Grand Canal Greenway will complement other Greenways and Blueways in the Midlands, including the Old Rail Trail, Dublin to Galway Greenway, Royal Canal Greenway, Barrow Blueway and the Shannon Blueway.

"The short-term hope for 2021 is that the Grand Canal Greenway, from Daingean and Tullamore to Lough Boora Discovery Park, will be the 'next big greenway' on a national scale, just like the Great Western Greenway and Waterford Greenway before it."