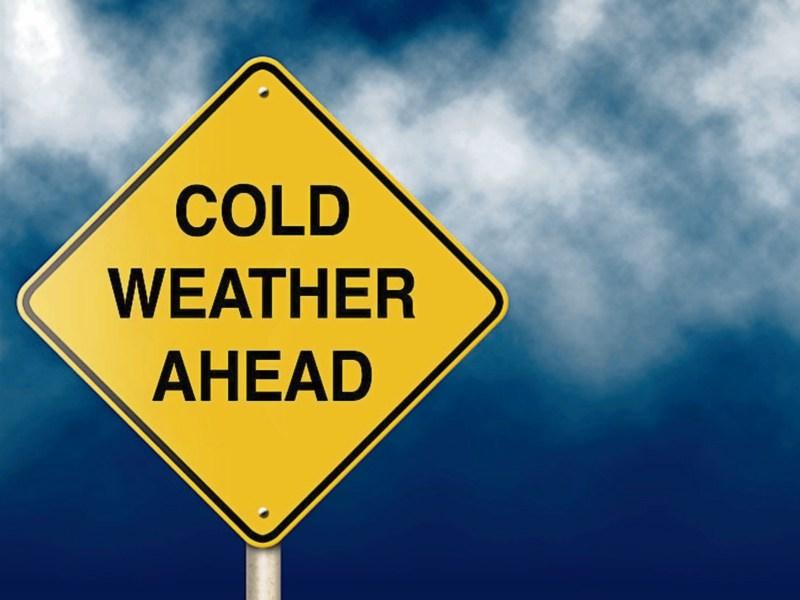 Met Eireann has issued a Weather Advisory for Ireland with much weather and wintry showers on the way.

Met Eireann is warning that it will be much colder for the rest of the week, with sharp to severe frosts and icy stretches. The national forecaster is also warning that there will be some wintry showers too.

The Advisory is currently in place from 4pm on Wednesday until midnight on Friday.

The weather forecast for Wedensday is for lingering overnight rain will clear the east and southeast early Wednesday morning. Largely dry elsewhere with sunny spells. However, blustery showers in the northwest will become more widespread through the day, some heavy with the risk of hail, especially across the western half of Ireland later. Feeling cold in a fresh and gusty west to southwest wind. Highest temperatures of only 5 to 8 degrees, coldest across Ulster.

Widespread showers will continue on Wednesday night, merging into longer spells of rain in the southwest. Some showers will be heavy with hail and possibly thunder, and may turn wintry on high ground in the northwest. A cold night with lowest temperatures of -1 to +3 degrees in moderate southwesterly winds.

According to Met Eireann, Thursday will be very cold with widespread heavy showers or longer spells of rain. There will be a risk of hail and thunder and some showers may turn wintry on high ground in the west. Showers will retreat to western areas through the afternoon, with drier, brighter conditions elsewhere. Temperatures will only reach between 3 and 5 degrees so feeling very cold. Winds will be light to moderate, from the west or northwest.

On Thursday night, wintry showers will mostly retreat to western coastal counties. Many areas will be dry with clear spells and a sharp ground frost leading to some icy patches. Lowest temperatures of -3 to +2 degrees, coldest in Ulster and Leinster.

Friday will be another cold day. Dry and sunny in many areas during the morning, with showers in coastal parts of the west. Some of those showers will be heavy and possibly wintry. Cloud will increase in Ulster and Leinster later, bringing widespread showers or longer spells of rain, falling as sleet on higher ground. Temperatures during the afternoon will only reach between 3 and 6 degrees and there will be an added wind chill too as fresh to strong northwesterly winds develop.