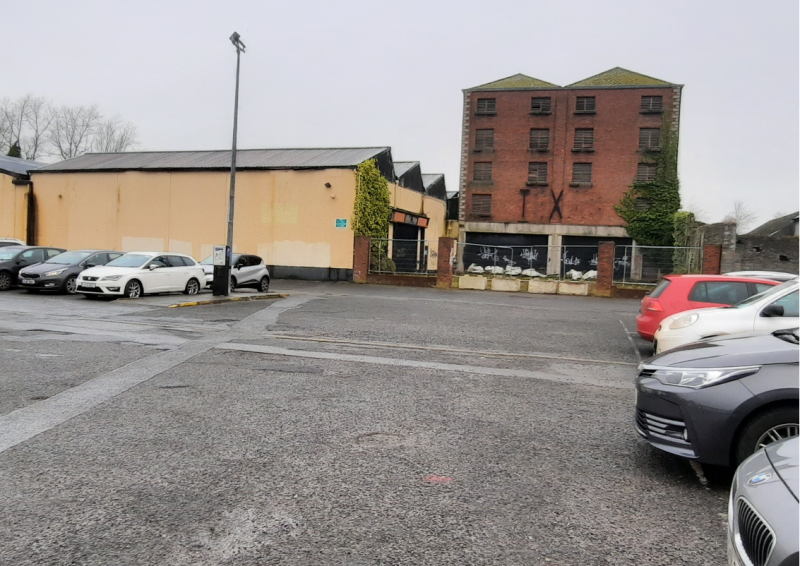 MOST people in Tullamore may have thought that any plan for the former mostly derelict Texas site in Tullamore would immediately be given the thumbs up by Offaly County Council.

However, the council has other ideas and has put a proposal for the site 'on-hold' while it seeks a more ambitious masterplan for the area.

An application by Weavermay Ltd seeks to demolish 6,800 sq m of buildings on the site and erect a two-storey 324 sq m retail/office unit, two-storey cafe, and a 3 storey mixed use building to Offaly Street along with car and bicycle parking.

Offaly County Council welcomed the redevelopment of the site but envisions a much more innovative plan for the area and has ''significant concerns'' over the form of the proposed development for what is ''such an important town centre site.''

It asserts that the proposal as presented does not create a vibrant, attractive space in the heart of Tullamore. ''The general concept of providing primarily a supermarket alone in this location should be re-examined,'' the council stressed.

The site is identified as part of an opportunity site in the Tullamore Town and Environs Development plan 2010-2016.

The planning authority said ''it is essential that an overall comprehensive masterplan is undertaken with Offaly County Council and adjoining landowners...''

The council has invited Weavermay to prepare that masterplan in consultation with the Planning Authority and adjoining landowners.

''The re-development of this site should strive to realise a quality outcome in relation to urban design in renewing, consolidating and strengthening the town centre as an attractive, inclusive and durable place for people to invest, live, employ, work, shop or visit,'' the council asserts.

It contends the proposal should seek to create high quality pedestrian friendly urban streets and streetscapes, within the site with both east-west (Columcille Street to Kilbride Plaza and north-south (Grand canal to Patrick Street) axes. These it said ''will provide for new street frontages, active corners, inviting pedestrian linkages, legibility and inter-connectivity between the site and the town centre.''

In its submission, Emma Pillion, Planning Consulting Planner on behalf of Cayenne Holdings Limited, Palfinger, Cloncollig, Tullamore, said its client in conjunction with the applicants purchased the former Texas site in 2018 and the main portion of the landholding was divided in half by agreement of both parties. The submission stated ''our client is supportive of the applicant's intention to develop their portion of the site and this submission is not to be construed in any way as an objection to the development but merely a submission to protect our client's interest in the planning process.''

It goes on to comment that the applicant (Weavermay) has included a number of thumbnail drawings for the overall site. It said ''it should be noted that our client has not had any input into these diagrams which appear to indicate similar single storey development on our client's site. In the fullness of time it would be our client's intention to apply for permission for a mixed used multi-storey development on their site maximising the town centre potential of said site and we would not wish the applicants development proposals to prejudice this intention.''

In his submission Timothy O'Rourke urged the developer to consider conservation measures to protect the existing swift nest sites and to include in-built nest boxes in the design of the new building.