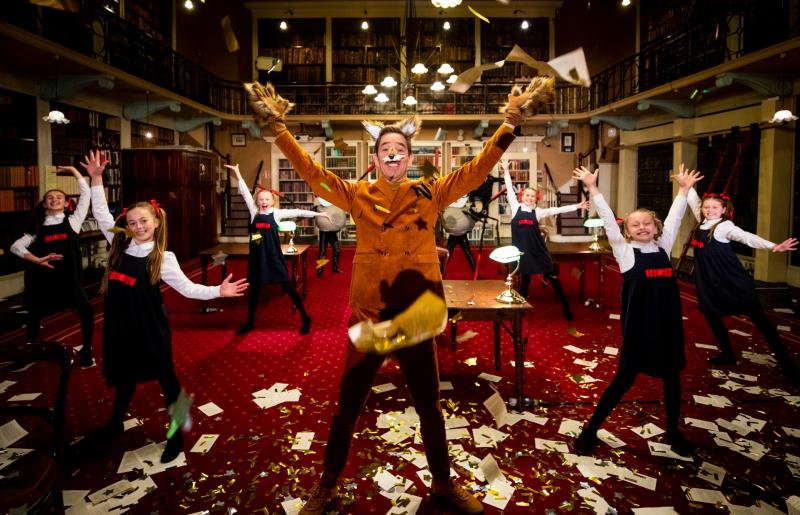 Viewers tuned into the hugely successful Late Late Toy Show 2020 that captured the hearts of viewers at home and across the world at the weekend, raising a staggering €6.5 million for The Late Late Toy Show Appeal, with viewers watching from 138 countries.

With presenter Ryan Tubridy at the helm, the core message of this year's show was one of celebration of the wonderful children of Ireland - those here and those who can't make it home this Christmas - during what has been a difficult year for all.

Viewers were bowled over by the show's little stars including Galway girl Saoirse Ruane, whose story inspired the establishment of The Late Late Toy Show Appeal, and Adam King from Cork, who won the hearts of the nation with his aspirations to work in ground control at NASA. The show also featured a surprise duet from Dermot Kennedy with Ballina's Michael Moloney, and little rock star Noah Rafferty being gifted a guitar from U2's Edge.

A heart-warming performance of Rule the World was sung by Eva Norton who was joined by children from across the globe, sending messages to their loved ones back home. Eva was joined on lead vocals by Take That's Gary Barlow.

Around 1.5 million viewers watched the entire show themed The Wonderful World of Roald Dahl on RTÉ One on Friday night, representing a 79% audience share.

TV viewing to Friday night's show is now at 1.7 million, taking catch-up viewing on Saturday & Sunday into account. This makes it one of the highest rating TV programmes, on a single channel, on record.

Across RTÉ Social, The Late Late Toy Show videos on RTÉ's Instagram and Facebook accounts had 5.85m views and generated total interactions of 830,000, while #LateLateToyShow was the number one worldwide trend on Twitter.

Speaking today, Ryan Tubridy said: "The true essence and magic of The Late Late Toy Show was really captured this year with the wonderful children involved. To hear that it was beaming into 138 countries across the globe is just phenomenal. The fact that children and their families who might not be able to get back home this Christmas got to join with us in unison was very important to us. The Irish people continue to astound with their ability to dig deep and support The Late Late Toy Show appeal, raising much-needed funds and truly exceeding all expectations with their generosity. I think it's safe to say we are truly humbled by the reaction to the show."