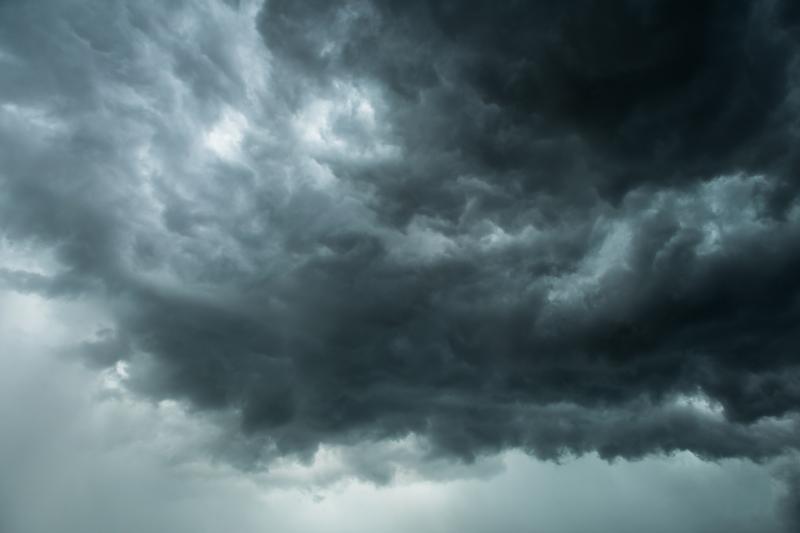 The weather forecast for Ireland for the coming days from Met Eireann is for plenty of wet weather ahead with temperatures in the mid teens generally.

The weather forecast for Ireland for Thursday from Met Eireann is for the day to start off mainly dry with bright or sunny spells and one or two showers. It will become cloudier with rain developing in the west around noon and spreading across the western half of the country through the afternoon and early evening. Highest temperatures of 11 to 13 degrees with southerly winds increasing fresh to strong and gusty, strongest along the west coast.

In the late evening and early night, rain will continue to spread eastwards and will be heavy at times. It will clear during the night with showers following from the west, some heavy or of hail. Lowest temperatures of 3 to 7 degrees with fresh to strong southerly winds, veering west to southwest and easing as rain clears.

The weather forecast for Ireland for Friday from Met Eireann is for a bright day with sunshine and showers. These will die out during the afternoon. Cloud will increase and rain will develop on the west coast in the early evening. Highest temperatures of 8 to 11 degrees with moderate to fresh southwest winds.

Friday night will be wet with persistent or heavy rain spreading eastwards to all areas and continuing overnight. Lowest temperatures of 5 to 9 degrees with moderate to fresh southerly winds.

The weather forecast for Ireland for Thursday from Met Eireann states that much of the day will be wet with spells of rain continuing. The rain will gradually clear eastwards with showers following. Highest temperatures of 11 to 13 degrees with fresh south to southeast winds, later veering south to southwest. On Saturday night, showers will continue in many areas. Lowest temperatures of 4 to 8 degrees.

According to Met Eireann, Sunday will be a cool, blustery day with widespread showers and a risk of hail and isolated thunderstorms. Some bright or sunny spells also. Highest temperatures of 9 to 13 degrees Celsius with moderate to fresh west to southwest winds.

On Monday, outbreaks of rain and drizzle will spread northeastwards and will become persistent at times, especially in the west and northwest. There'll be some drier intervals also. Highest temperatures of 11 to 13 degrees with moderate to fresh southerly winds.