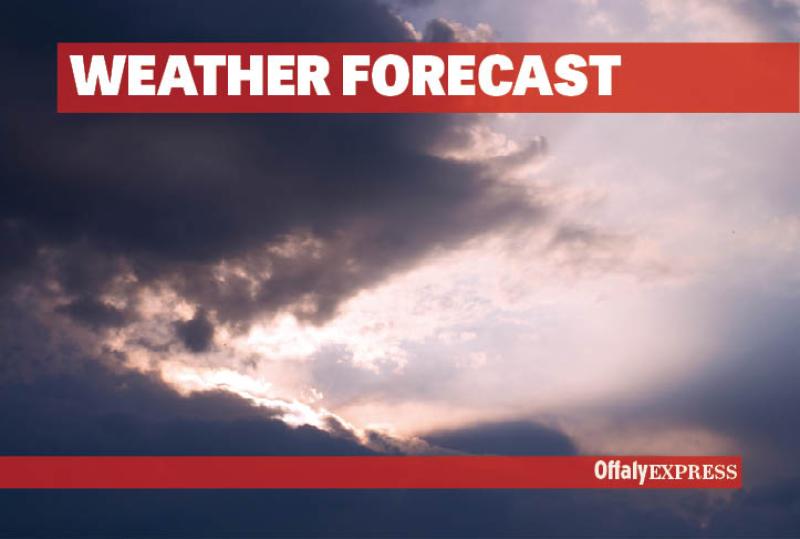 The weather forecast for Ireland for the coming week from Met Eireann is for low pressure to dominate this week, with heavy rain around mid-week

The weather forecast for Ireland for Monday from Met Eireann is for it to be mostly cloudy and quite misty on Monday with outbreaks of showery rain in many areas, heaviest and most persistent in the southeast. Maximum temperatures of 13 or 14 degrees in a mostly moderate southeast breeze.

Cloudy and misty on Monday night with scattered outbreaks of rain and drizzle. Minimum temperatures of 7 to 10 degrees in light breezes, mostly southerly in direction.

The weather forecast for Ireland for Tuesday from Met Eireann is for a cloudy start with good dry periods but also patches of mist and drizzle. Some bright or short sunny spells developing but southerly breezes will freshen during the afternoon and rain will reach Atlantic coastal counties before evening, extending eastwards. Maximum temperatures of 10 to 13 degrees. A band of heavy rain will extend across the country on Tuesday night and become slow-moving. Heavy rain is expected with a risk of some flooding. Lowest temperatures of 6 to 10 degrees.

According to Met Eireann, latest guidance suggests Wednesday will be a very wet and rather breezy day with heavy rain for much of the country. There is a risk of flooding in some areas. Windy in the east and south with maximum temperatures ranging 11 to 13 degrees. Rain will eventually clear northwards on Wednesday night allowing it to turn drier and colder for a time. Minimum temperatures of 3 to 6 degrees.

The weather forecast for Ireland for Thursday from Met Eireann is for good dry and bright spells are expected in the north and east on Thursday but rain will affect some southern and western parts at times. Highest temperatures of 9 to 13 degrees in freshening southerly winds. Rain will then spread across the country during the evening with further spells of rain overnight.

According to Met Eireann, there is still some uncertainty for the weather on Friday, however, early indications suggest rain will clear eastwards during Friday with sunshine and showers following. Highs of 10 to 13 degrees.