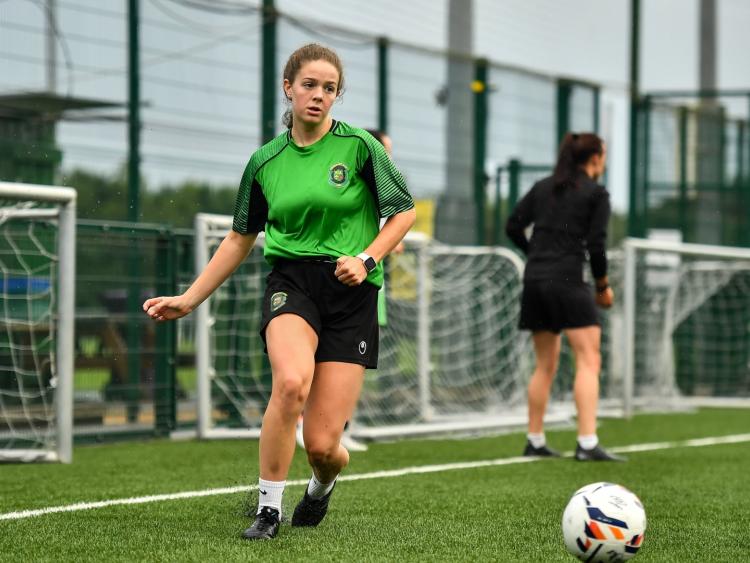 Becky Watkins during a Peamount United squad training session in Greenogue in Newcastle, Dublin during the summer Pic: Sportsfile

Mucklagh native Becky Watkins will start for Peamount United in their Women's champions league clash with Glasgow in Scotland tonight.

17-year-old Watkins has long been a starlet in the youth systems of Irish Soccer and was a prominent figure in the Ireland U17 sqaud that played in the European championships in Lithuania last year.

She has played the majority of her underage with Peamount and has come up through the ranks to a member of their first team this year.

It is a big step up for the prolific goalscorer but she has already made the senior squad in three games since the season started a few months back.

The teenager is in fifth year in Killina Secondary School where she has also played a prominent role in taking schools soccer by storm in recent years winning All Ireland titles to beat the band.

Another Mucklagh youngster, Ciara Glackin, who is an up and coming goalkeeper takes her place on the Peamount bench. Both girls were members of the Offaly Ladies football minor panel for 2020 and play GAA with their local club, Shamrocks.

Speaking this week, Peamount star Eleanor Ryan Doyle made reference to the influx of youth, including Becky Watkins, that has come through this year. Senior star Aine O'Gorman is a star for the club while Stephanie Roche is also a prominent player.

“It’s great to see that there’s a range from Becky and Della, 16 and 17, to Áine, who has over 100 caps for Ireland playing with us. I think it’s great to have this confidence and to be playing with these players you probably never expected to play with when you’re younger."