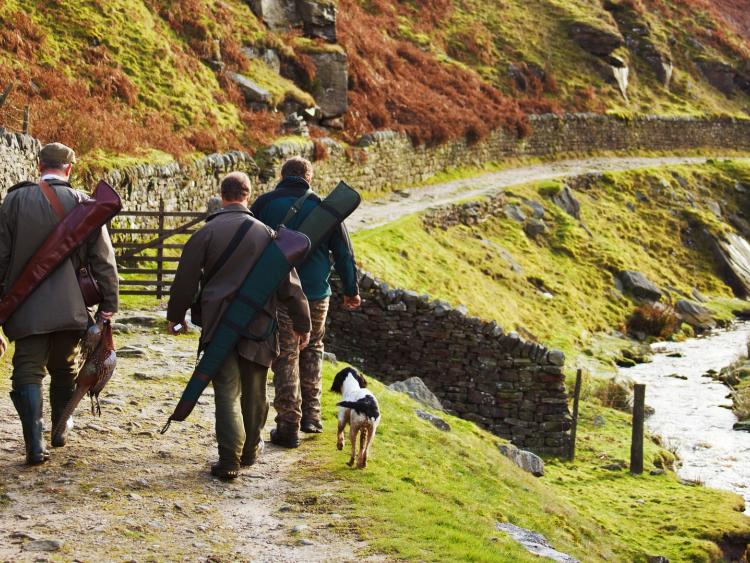 Game hunters from Offaly and across Ireland are up in arms today as it has been confirmed that the pheasant shooting season due to commence on November 1 has been postponed due to Covid-19 restrictions.

In a statement on the issue, An Garda Síochana said: "Pheasant shooting season begins on Sunday, November 1. This normally involves shooting club members travelling to pheasant shoots around the country, frequently in groups, and is regarded as sport shooting.

"Under the current regulations SI 448 [Level 5], sporting events must be organised under the structure/licence of a national governing body, funded by Sport Ireland. As such, sport shooting is prohibited in any other circumstances.

The one exception is the shooting of vermin such as rats, foxes and crows, which is permissible as an essential support service to the farming and agriculture profession.

The National Association of Regional Game Councils has said in a statement that it is seeking "legal advice on the situation" and will give further clarification before Sunday.

Association chairman Dan Curley says he believes "An Garda Síochana is erring in its interpretation of the activity of pheasant shooting," adding that "rough pheasant shooting, as distinct from driven pheasant shooting" does not fall within restrictions under SI 448 announced by Minister for Health Stephen Donnelly and referenced by gardaí in their statement.

Mr Curley says he "does not wish anyone to act in breach of State law or public safety" but that the association will be seeking further legal advice. Members across the country, including in Offaly, have expressed anger at the interpretation. It has also been made clear to members that gardaí intend to enforce regulations if they are breached this weekend and during November.

Sinn Féin TD for Laois-Offaly Brian Stanley has described the effective ban on the pheasant shooting season as "completely over the top."

"This defies reason and logic. This activity is typically carried out in pairs, who in any case, have to social distance and can only be in rural settings. Often, it’s in isolated locations such as remote farmland, marshes or woodlands. Surely anyone with an ounce of common sense would know that these are the least likely place that covid would exist or spread," Deputy Stanley explained.

"The Regional Games Council sought guidance from two government departments over a fortnight ago and the latest information I have is that they still await a response. They have also sought information from the Departments of Justice, Health and Agriculture in the past few days and have not received a response. This is unacceptable," he added.

"The National RGC have issued their own guidelines to county affiliates which take a very responsible approach," Deputy Stanley explained.

"I’m calling here for a bit of common sense and for the Government to allow this season to go ahead as normal."