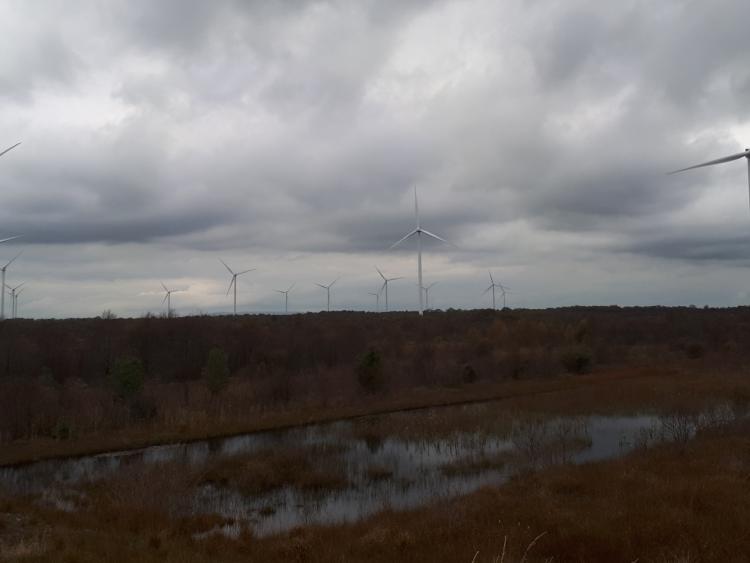 Work has commenced on the site of Bord an Mona's latest wind farm in Offaly.

The €100 million project is being built at Cloncreen, a townland close to Clonbullogue, and will see the building of 21 turbines a matter of miles from the State company's existing facility at Mount Lucas.

The 75-megawatt wind farm has been through an arduous planning process with a number of objections but it did receive the go-ahead from An Bord Pleanala with the tip height of the turbines restricted to 170 metres, some of the tallest in the country.

Bord na Móna will get a guaranteed price for the electricity generated.

As work commenced in Offaly, Bord an Mona chief executive, Tom Donnellan, was quoted as saying: “We are now on track to be able to supply approximately one-third of Irish homes with renewable energy by 2030."