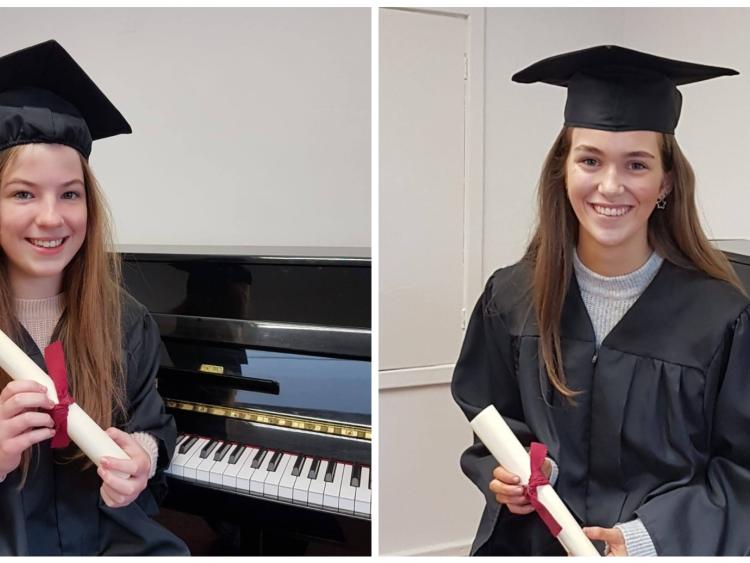 Chloe Gill from Tullamore and Bronwyn Egan from Kilbeggan, have received honours from the London Victoria College of Music.

Chloe and Bronwyn, both students of Piano at The Academy of Music in Tullamore have both used these different times to their advantage and worked hard.

This work culminated in their respective London Diploma Examinations.

The Academy of Music in Offaly is an exam centre for many examining bodies, mainly The Royal Irish Academy of Music. Resolute that these times would not impede on these extremely important Diploma Examinations; last month The London Victoria College of Music examined Chloe and Bronwyn via a series of online performance exams and follow up interviews.

"Staff and Students of The Academy are very proud of Bronwyn and Chloe for their achievements and in particular on their accomplishing Diploma Qualifications and Post-nominal initials as school students, before pursuing their college careers," a statement read.