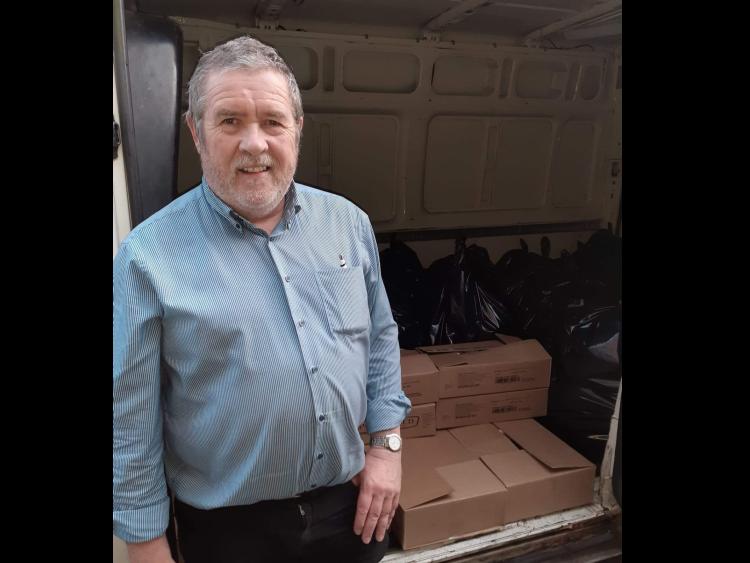 An Offaly mother has said she is as her wits' end as she made a plea for help from the KS Food Appeal.

The charity is run by Offaly county councillor Ken Smollen who shared an anonymised version of the mother's message to him with permission on his Facebook page.

The woman from South Offaly said she was "sorry to bother" Cllr Smollen as she added, "I could really use your help as I am in desperate need."

The woman continued: "We are a family of five living in [redacted]. We have three small kids [aged 5, 3 and 1]. We have absolutely no food whatsoever. My fridge, freezer and presses are all empty.

"I'm at my wits' end. At this current moment, I don't know what I'm going to even do for my kids' dinner this evening," the heartbreaking message continued.

"They have just had a packet of soup which was the last thing I had. I haven't eaten anything myself since Thursday night as I was trying to save what we had for my kids and husband."

The woman continued to explain that she had contacted the St Vincent de Paul but claimed she was told "it would be next week before they could help me out."

"This is extremely embarrassing to have to ask anyone for food for my family but you are my last hope, Ken. I would appreciate any help you could offer if possible at all. Thanks for taking the time to read this and God bless," she concluded.

Cllr Smollen has committed to helping the woman and told the Offaly Express: "I've had a major response to that post as some of the residents in Abbey Court in Clara have gathered a lot of food for the family which I'll be collecting from them within half an hour.

"Asad in the Shishir Restaurant has offered a takeaway dinner for me to deliver to the family. Our team in Portarlington are also ready to go to them if necessary," he said.

"I've been contacted by about ten new families in the last ten days or so but I'm genuinely concerned that there will be a huge increase in the numbers of people contacting me in the next few months.

"I also know that many families will go hungry rather than contacting the SVP or myself because of feelings of embarrassment or shame," he told us. He urged people not to be ashamed to contact him as he offers a confidential service and delivers food regularly.

"I cannot understand an organisation like the St Vincent de Paul not being open today and not open again until Tuesday as people will surely be contacting them for help over the weekend," he added.

"That's why I try to get the message out there that if they ring or text my number or send a message to me on Facebook they will be guaranteed total confidentiality as absolutely none of the people who help me have access to my list which now has 852 families on it."

Cllr Smollen explained that this number amounts to around 3,400 people, "more than half of them being children."

He explained that another aspect of this food poverty crisis is "the number of people who cannot access loans from banks or credit unions as they have bad credit ratings as a result of the bank bailout of a decade ago, leaving many people with no other option but to seek loans from unregulated money lenders."

The KS Food Appeal charity is available to people and you can find out more on Facebook HERE.

NOTE: This story and its contents have been published by the Offaly Express with the permission of the woman referenced.