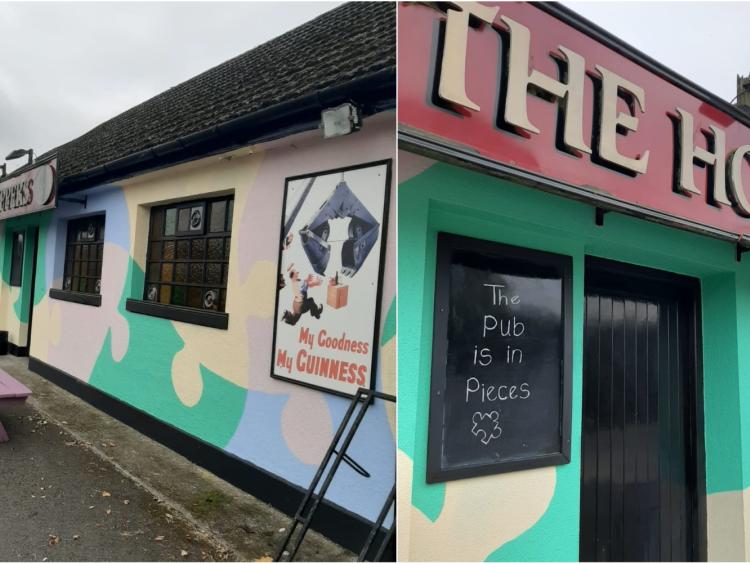 They may be way down the list of priorities as we enter another lockdown but the Irish pub has put in a torrid year. Hospitalisations, ICU numbers, case numbers, essential healthcare and school all rightly receive priority in government plans but at the end of the year, most pubs will have been closed or semi-closed for the entirety of 2020.

These are largely family businesses open decades or centuries in some cases. They are part of the communities - they host bingo and table quizzes, parties, committee meetings, celebrations and the regular trip for a tipple for many. They are important too, particularly in rural Ireland.

One such rural pub is the Hoppers in the heart of Bord na Mona country surrounded by bog in Walsh Island. The same remote community that gave Offaly GAA its first football All-Ireland-winning captain, Willie Bryan, and that kingdom of brothers - Murt, Richie, Willie, Sean, Seamus and the inimitable Matt Connor.

During the first lockdown, the village pub got a new paint job. The usual tricolour work was replaced with pink, blue, green and yellow jigsaw pieces stencilled and painted onto the exterior walls. "This was to bring a bit of a laugh, some cheer and humour to the place during closure," publican Paul Flint explained.

"The cosmetics were an idea born from a VFI run webinar during early lockdown to try and be more appealing, vibrant, and cheerful," he said. Adrian McLoughlin marked out the template for the paint job.

The blackboard at the door aptly reads: "The pub is in pieces." A light-hearted play on the jigsaw artwork, maybe, but an accurate illustration of the pub trade in 2020 all the same. 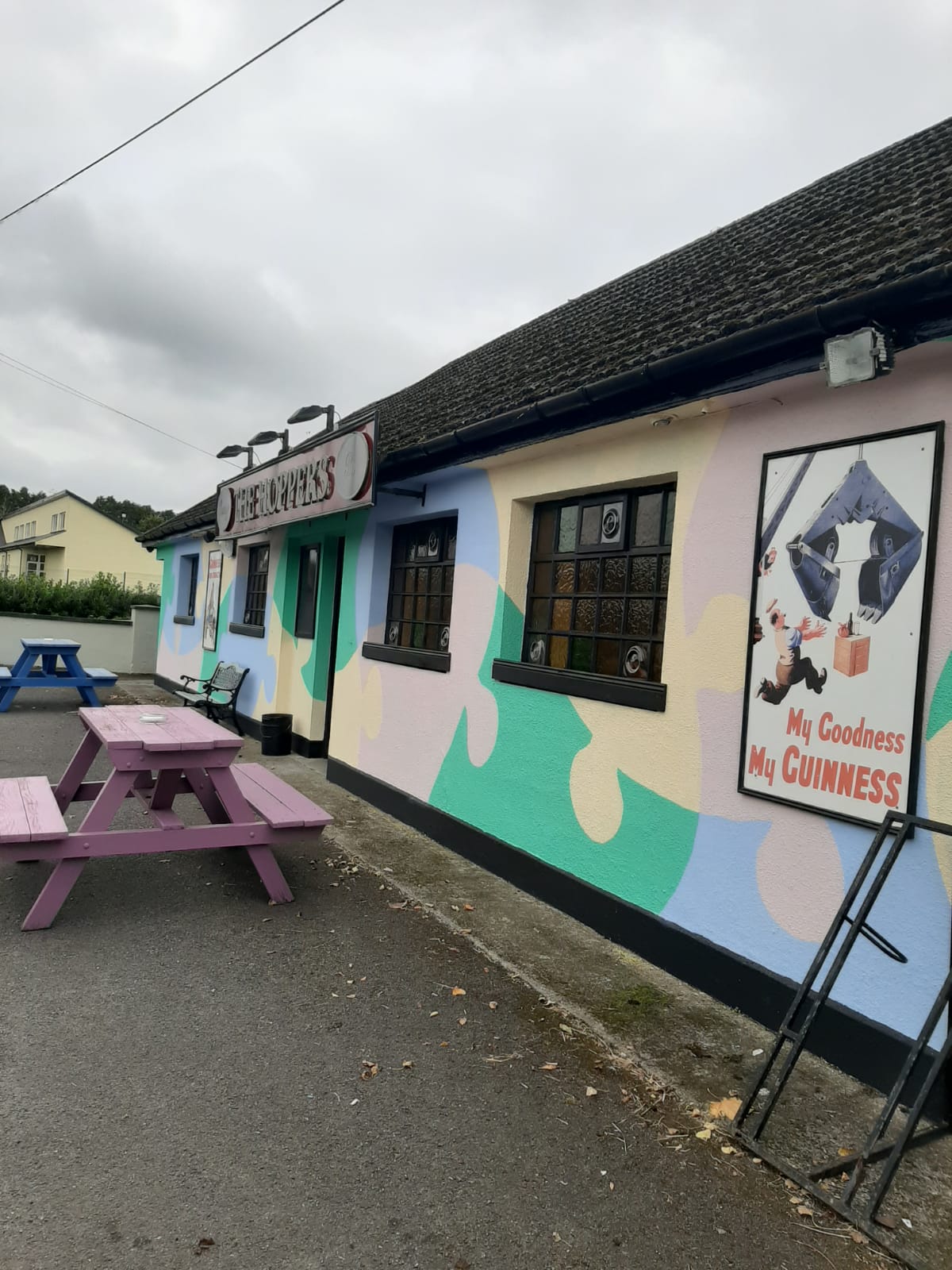 PICTURED: The colourful but closed pub at the heart of Walsh Island

The Hoppers closed on March 15 with every other pub in Ireland and was classed as a wet pub. It has been closed ever since, except for the short period from September 21 to earlier this month when pubs were once again closed unless they had outdoor seating or a takeaway service.

Under Level 5, only takeaway services will be allowed and Tainaiste Leo Varadkar has signalled his pessimism for pubs and restaurants re-opening in any normal capacity before Christmas.

"We have all the usual overheads relative to our location including college fees, so it is very worrying," he said as new measures were announced on Monday evening.

"We prepared a pro-active plan early on to keep abreast of all aspects of the situation. I know and I probably speak for many other publicans, that without the huge effort and work by the national and county vintners on our behalf, we probably would have struggled and failed a lot more.

"The supports from the government were very welcome, a big help in keeping afloat and confident of re-opening. Some bills will have to be paid up later so it will be a struggle for some time.

"Like others, we lost products, wasted, but most of the core suppliers were very good with some stock and credit. Unfortunately, other providers insisted on full and regular payment.

"People may not realise that you cannot close a building up totally and walk in seven months later and find it as you left it. Rarely a day went by where we did not go inside to make sure coolers, chillers, glasses, toilets were checked, turned on, cleaned, run briefly. Putting the heating on for a few hours every night.

"Then the preparation of the premises for guideline compliance ran into thousands, but everyone who came in over the two weeks [when they were open under Level 2] said they felt safe and that is most important.

"The only takeaway/delivery we had was a couple of pints of ale to my 89-year-old mother-in-law, a real character here in the village. The geography, pub configuration and climate do not lend themselves to outside hospitality or collection," Paul explained.

He thanked his customers, some of whom donated items to help re-open, for being really understanding of the very difficult and brief period of limited capacity, hours, and compliance.

So, indeed, it is true - the Irish pub is in pieces and some may never put themselves back together again.