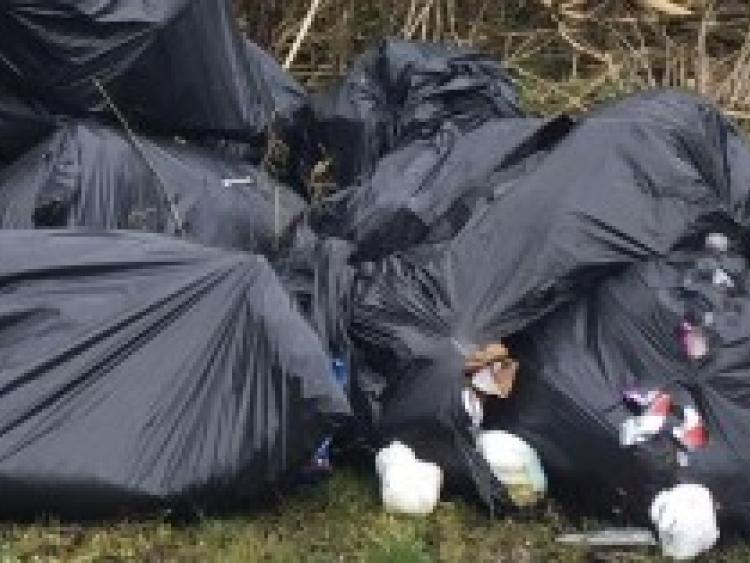 THE removal of 98 tons of waste from Church Hill in Tullamore last August has led Cllr Sean O'Brien to claim that a lot of illegal dumping is at an organised level.

At last Thursday's Tullamore Municipal District meeting, Environment and Housing executive Mary Hussey revealed: ''An application had been made to the Department of Communication, Climate Action and Environment for funding under the anti-dumping initiative to clean up some very littered areas and to provide funding for CCTV at bottle banks.''

She said: ''Offaly County Council received €64,534. Work is now commencing on the initiatives which were successfully funded. Along with prior successful clean-ups completed to date, another very successful clean up occurred at Church Hill estate towards the end of August.''

She said: ''Efforts are on-going in order to provide waste collection initiatives to residents/encampments who may be dumping illegally.

''We are working closely with our colleagues in the housing section in response to a number of particular cases,'' said Ms Hussey.

''What we see now is an organised illegal activity. People are pretending to collect rubbish from people and are obviously dumping it,'' said Cllr O'Brien.

''You mentioned a clean up of Church Hill . . . 98 tons of waste was removed, that's absolutely a crazy amount. This is something we have to completely stamp out and whatever resources we have we need to put into that.''

There were 172 complaints within the Tullamore area – these were broken down to 74 - Litter Enforcement fly- tipping, community clean ups, 40 - control of dogs, which included stray dogs, dogs barking and surrendered dogs, 14 - waste enforcement-dumping. backyard burning, 9 abandoned vehicles,15 control of horses and 20 miscellaneous-community odour/dust/noise.

All complaints were investigated and 143 were resolved and no further action is required. The others are still ongoing.