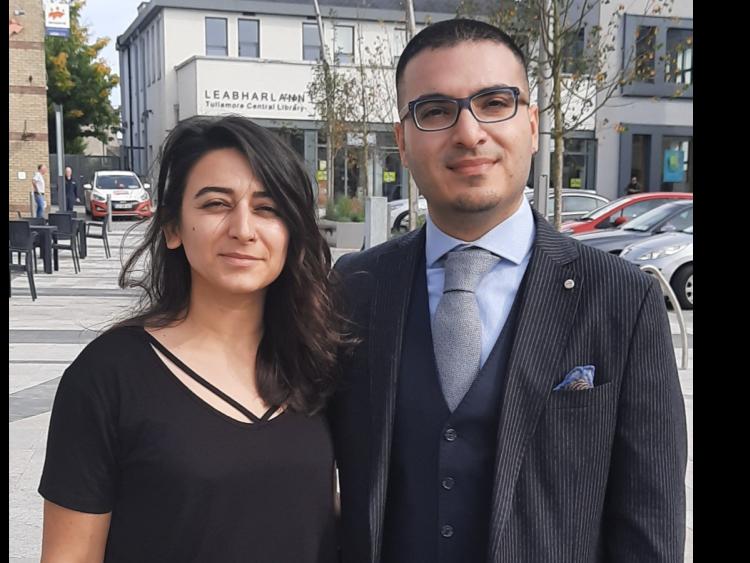 There is something very wrong when a person raising legitimate issues with a government-run system of direct provision is shut down and essentially personally attacked on social media.

That's what happened this week when we published a story from our sister title, the Tullamore Tribune, on offalyexpress.ie. In the article, Turkey native and journalist Cagdas Gokbel, who is living in the direct provision centre at the Marian Hostel in Tullamore, described the centres dotted around the country as "horror movies."

He raised concerns over the suitability of the centres as shelter for a large number of people, especially in light of the ongoing Covid-19 pandemic. “Such places pose serious dangers not only because of coronavirus but also because of other diseases. You may think that the people staying in these centres do not belong here but these people live with you. We are sitting on a bomb that is waiting to explode in Ireland,” he told the Tribune.

“Irish people know very well what it means to fight for a brighter future and what it means to be exiled,” Cagdas said, but the comments under our story this week paint a different picture. Perhaps we are not as well-versed in our own history of emigration as Cagdas might think. The replies to the story were, in the very vast majority of cases, despicable.

People attempted to conflate the issue of direct provision and immigration with domestic issues like homelessness, suggesting inaccurately that these people are housed at the expense of Irish people. Cagdas is living in a hostel with dozens of others and as a human being, regardless of his nationality, he has a right to speak out against what he perceives as injustice and poor living standards.

The issues of homelessness and direct provision are both the responsibility of our government and should be dealt with adequately and not compared or pitted against one another. They are both legitimate.

And to those who continued to say asylum seekers should be grateful for a roof over their head, might I suggest some people made the same argument in defence of mother and baby homes and industrial schools in decades past. The provision of one basic human right does not negate the need for others.

As a way of shining a light on this sentiment out there and its prevalence on social media, see below a sample of the disgusting comments posted on Facebook under the article in which Cagdas details his concerns and his beliefs. There were also some respectful comments and we have included some here.

"He should be glad he has a roof over his head, a bed to lie in and food. Many of our own homeless don't have such luxuries," one wrote.

"Couldn’t agree more," another chimed in.

Another said: "Okay, while they are quite possibly not up to a certain standard, I can't help but say that it's probably a damn sight better than what many homeless people are experiencing. So I kind of feel like he should be grateful. It's probably better living conditions than where he moved from, too."

A differing view was almost swallowed up by the negative ones as one person wrote: "The man did not flee poverty, he fled persecution. He would have had a good life but for his government. He is not a welfare migrant, he is a genuine asylum seeker, but a word to TDs, look what you have created with your open borders you have turned people against one another."

"Ungrateful to this country is what he is. Send him back to where he came from. He wants a house and job set up for him, go back to nothing," another unfeeling comment read.

"Go back where you came from if it’s that bad, couldn’t be as bad as where you were or you wouldn’t be here. Talk about ungrateful."

The torrent of negative comments continued:

"I don't see a chain around his neck keeping him here, let him f**k off back to where he came from."

"Do they think that they should have 5-star treatment and the Irish are suffering - what a joke. I am sure it is a lot better than what Irish citizens are living in and the country you came from. Go home."

"Not only getting accommodation getting everything else for free too," another comment claimed.

"Give me a f**king break, he's an ungrateful ****. Thousands of our own on the streets and this gobshite is whinging and is getting everything handed to him. l'll gladly take you back to the airport myself. God this frustrates me.

One commenter rightly pointed out: "This comment section is utterly revolting."

"Go home. We already have enough rats and spies in Ireland," someone else said.

One of the few fair comments read: "How many of those passing negative comments here have been in a direct provision centre? Neither have l, but from what can be seen from outside, they're not suitable for long-term stay. He mentions the churches and voluntary organisations who help and the lack of interest shown by politicians. Rather than slam this man how about highlighting the issue of providing homes for all those in Ireland who have fallen on hard times?"

NOTE FROM THE OFFALY EXPRESS: "It is worth noting that some commenters claimed our headline - 'Asylum seeker in Offaly criticises 'profit-oriented' direct provision system' - was used to incite a negative response. We reject this entirely. We post stories that are important and hope they spark a conversation. We do not condone a response like the one the piece referenced received.

We published this story to shine a light on the experience of people in direct provision in Ireland, their unsatisfactory conditions and fight for better. We did so for that reason alone. The comments on the comment thread on social media are a reflection of the people making them, not the Offaly Express, Tullamore Tribune or Midland Tribune in any way. We will never shy away from publishing important stories just because a section of society will respond in a negative way."