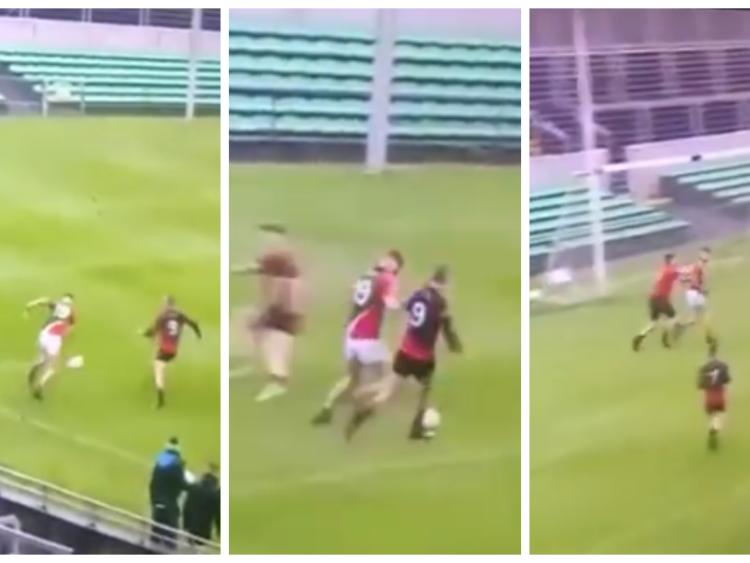 High drama surrounded Durrow GAA at the weekend as manager Shane Curran stepped away from the set-up hours before their Senior 'B' Offaly Football Championship final against Gracefield at O'Connor Park.

READ NEXT: Super Durrow do their talking on the pitch as stunned Gracefield left searching for answers

The drama continued on the pitch and one of the moments of the game was Jack Fogarty's goal for Durrow on their way to a famous win.

Tullamore Tribune reporter Kevin Corrigan described the 51-minute goal as "audacious," an effort that put Durrow "out of sight" of their opponents.

"He ran onto a loose ball out on the left-wing, barely kept it in play but didn't go down to rise it. He continued on soccer style, booting it past a couple of players and as a gap opened up and the goals suddenly appeared, he kept going and blasted to the net from ten yards.

"It was as extraordinary a goal as O'Connor Park has seen and it was a fitting way to wrap up the issue for Durrow," Kevin's report read.

In the clip above, Durrow fan David Henry has set the dramatic goal to the theme from the Titanic movie with a fitting climax as the ball billows in the net.

Unconfirmed reports that Jack Fogarty and his agent are jetting off for high-level discussions with @FCBarcelona.

For now, enjoy his goal for @DurrowGAA in yesterday's Offaly Senior B Football Championship final. pic.twitter.com/ieA5a1iO2t