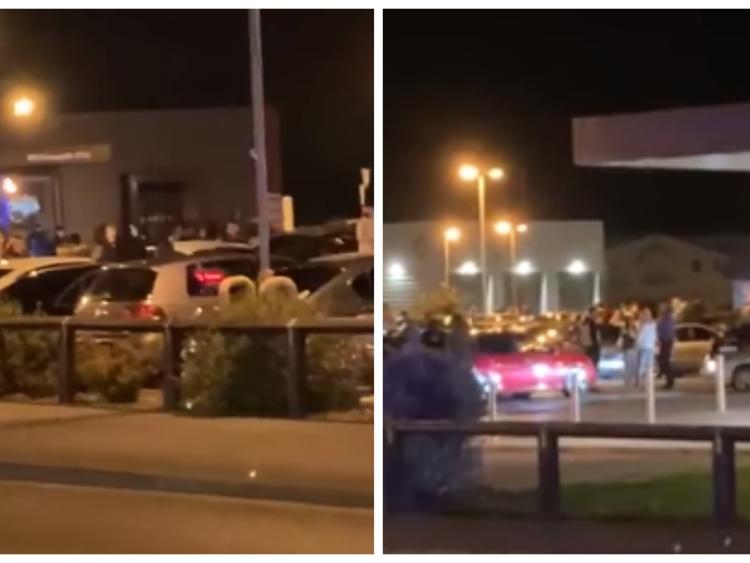 Gardaí have described as 'short-sighted' the behaviour of hundreds of young people in Tullamore over the weekend after members responded to a car meet in the town.

The gathering blatantly breached public health measures as up to 300 people gathered in and out of cars at the Aldi carpark at Cloncollig in Tullamore.

A number of units from Tullamore Garda Station attended the scene at around 9.30pm on Saturday evening, October 3.

They set up a checkpoint at the exit to the carpark in order to speak to all drivers about public health measures in place across the country.

The gardaí who attended made an appeal to those involved and concluded: "Covid compliance was not the order of the day."

"Please refrain from this activity; it is short-sighted and you really are not helping us all," they said of those present.

This incident of Covid-19 breaches comes as the HSE confirmed the incidence rate of the virus was rising rapidly in Tullamore.

Their updated 14-day figures from September 15 to 28 show that the incidence rate of the virus has more than tripled in the Tullamore Electoral Area compared to the two week period from September 1 to September 14.

According to the latest incidence rate figures, there were 96 cases per 100,000 people in the Tullamore Area from September 15 to September 28 with a total of 28 cases confirmed over the two weeks.

The rate for the Tullamore Area from September 8 to September 21 was 54.9. In the figures released on September 14, the incidence rate per 100,000 for Tullamore was just 30.9 meaning it more than tripled in the following two weeks.

The incidence rate more broadly in Offaly is also on the rise and now stands above 70 per 100,000.