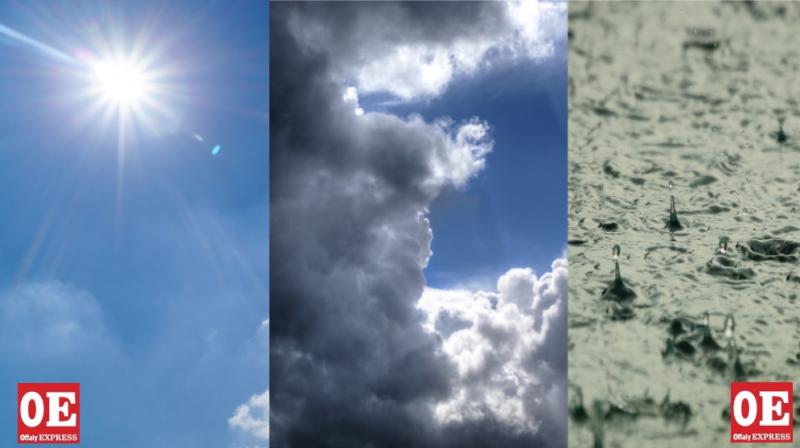 The weather forecast for the coming week for Ireland from Met Eireann is for a mix of a showery weather with bright spells on most days with temperatures in the mid to low teens for much of the week.

The weather forecast for Monday for Ireland from Met Eireann is for it to be cloudy in the morning with further rain or drizzle. The rain will clear slowly northeastwards through the day with bright spells and isolated showers following from the west, with more frequent showers later in the day. Highest temperatures of 12 to 15 degrees with moderate westerly breezes.

On Monday night showers or longer spells of rain will affect much of the country. Lowest temperatures of 7 to 11 degrees with generally moderate westerly winds, fresh and gusty in Munster.

The weather forecast for Tuesday for Ireland from Met Eireann is for the weather to be breezy with widespread showers, some of which will be heavy. There will be some dry and sunny spells. Highest temperatures of 12 to 14 degrees with moderate to fresh west to northwest winds.

Showers will continue on Tuesday night, mainly confined to northern and western areas. Drier elsewhere with clear spells. Lowest temperatures of 6 to 9 degrees, in a moderate westerly breeze.

The weather forecast for Wednesday for Ireland from Met Eireann is for another showery day with sunny spells. Showers will ease through the afternoon and evening. Cool with highest temperatures of 10 to 13 degrees with light to moderate westerly breezes.

Met Eireann says in its latest forecast that current indications are that showers will continue on Wednesday night and Thursday. However, there is potential for wet and windy conditions spreading from the southwest overnight Wednesday and persisting into Thursday.

Cool and showery conditions will continue to the end of the week and into the weekend according to Met Eireann.