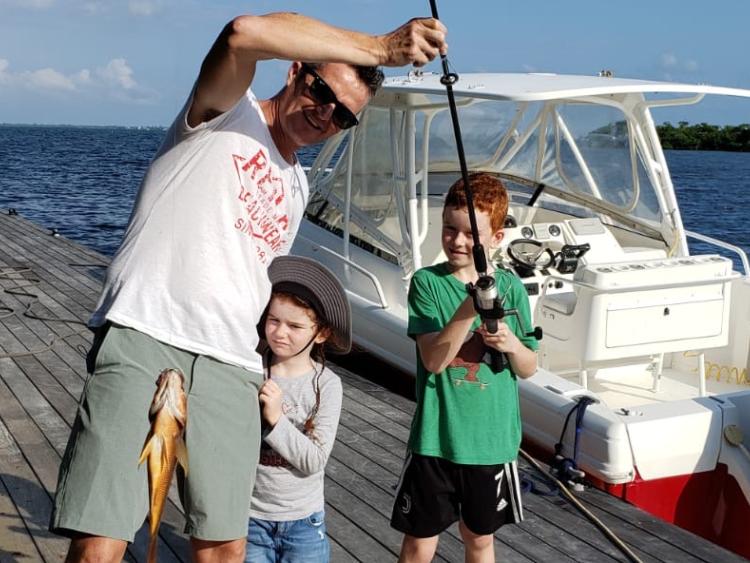 A fundraising effort has been launched to help tackle the mounting medical costs of Offaly man Noel Watkins who has been struck down with a rare form of cancer.

Noel has been living in the Cayman Islands for the last 12 years with his wife, Christine and their two children, Johnny (8) and Ava (6).

Noel himself is just 42 years old and up to a few months ago, he was was a fit and hugely active young dad, working as a tennis coach in the idyllic surrounds of the Cayman Islands.

However, Noel's life took a tragic turn on Monday, June 1, after he had finished a tennis lesson and received a phone call from his doctor.

He had to be assessed further after some troubling blood test results. Further investigation revealed a large tumour was almost entirely encasing the right side of Noel's heart and blocking most of the blood flow through the heart chambers.

Specialists in the local hospital performed emergency surgery on Noel that night, removing most of the tumor and replacing one of the valves in his heart.

Biopsy results following the surgery revealed the condition to be a rare and aggressive form of cancer – a cardiac synovial sarcoma.

Synovial sarcoma is a rare but very aggressive form of cancer which usually forms in soft tissue like the arms and legs. It is rarer still to form in someone's heart, making Noel's case very complex for doctors.

The Birr native has now undergone four rounds of chemotherapy in the United States where a small number of doctors specialise in the condition. He must undergo further treatment and possible surgeries in the coming months.

Those close to him have established a charitable fund which aims to partially address the Watkins family’s expenses that are accumulating and will continue to accumulate over the next number of years.

This will include the cost of consultations, treatments, and medication not covered by insurance, as well as accommodation and other travel and living costs and expenses while Noel, Christine and the children are in the US, and the costs of continuing to maintain the family’s schooling and residency connections to their family home.