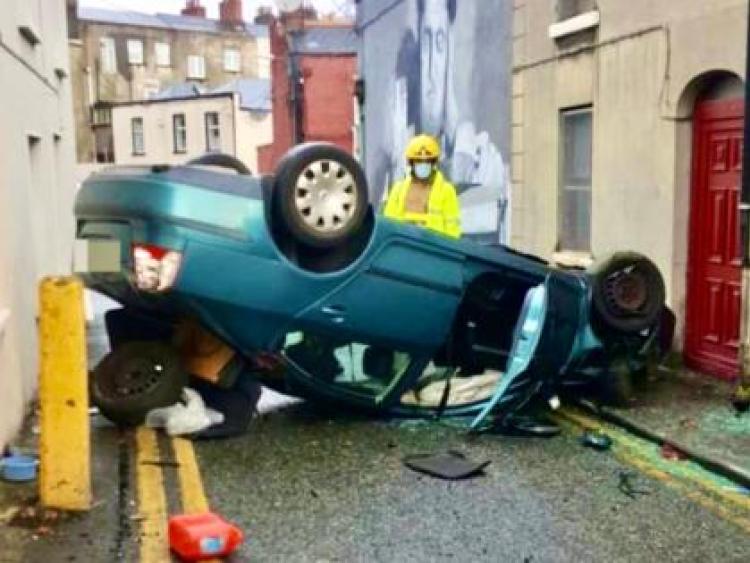 This was the scene when a car overturned and ended up on its roof in a narrow laneway between houses leaving locals baffled.

The incident happened off Summerhill Parade near Croke Park on the northside of Dublin this week.

Dublin Fire Brigade firefighters from the North Strand station responded to the collision. 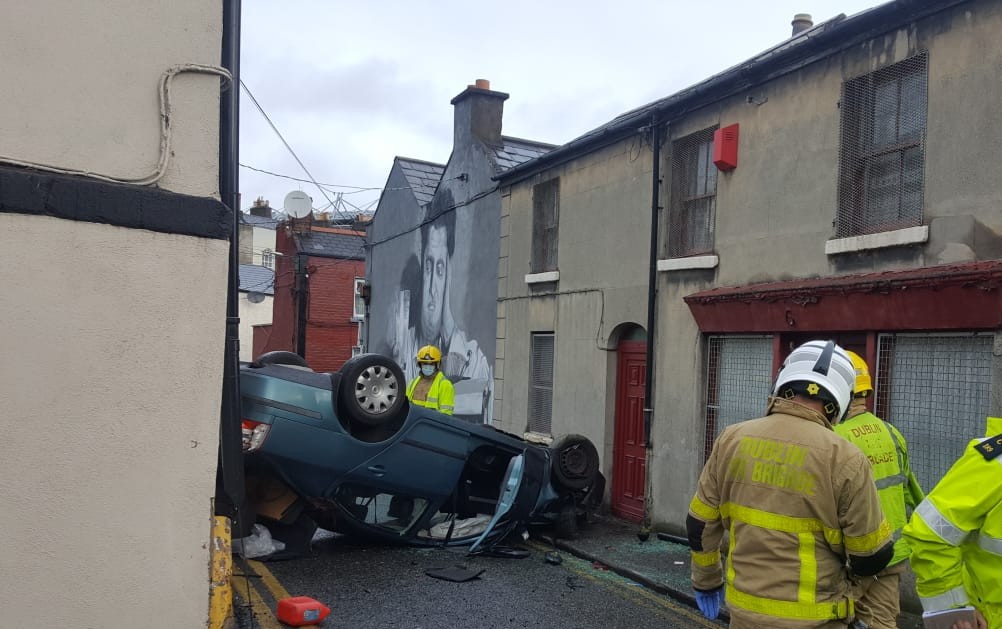 The laneway was completely blocked to vehicles and pedestrians as the car is wedged between the walls of the houses.

The obstruction was later removed.

The photos show damage to the front of the vehicle and the airbags appear to have been deployed due to the impact. 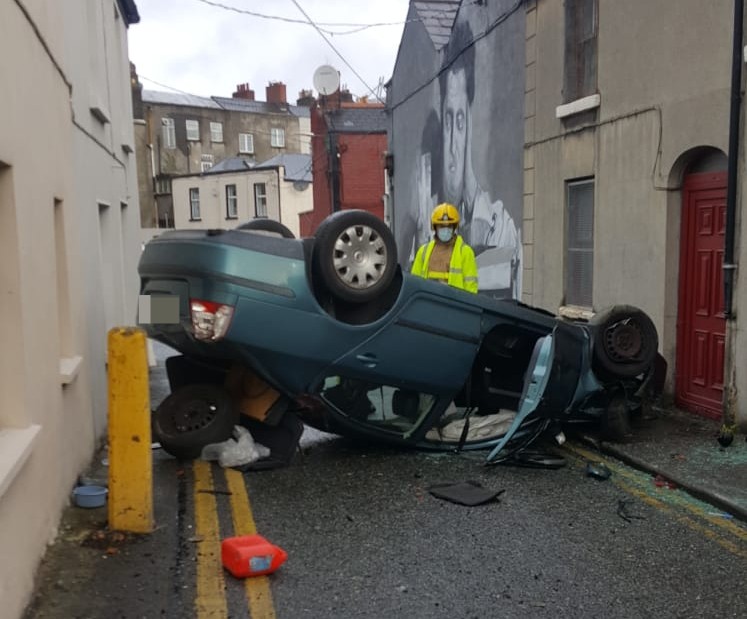 It also looks like spare tyre fell out of the boot which was flung open.

The vehicle narrowly missed a window and a door of a house.

Gardaí also attended the scene and said that no injuries were reported from the incident.