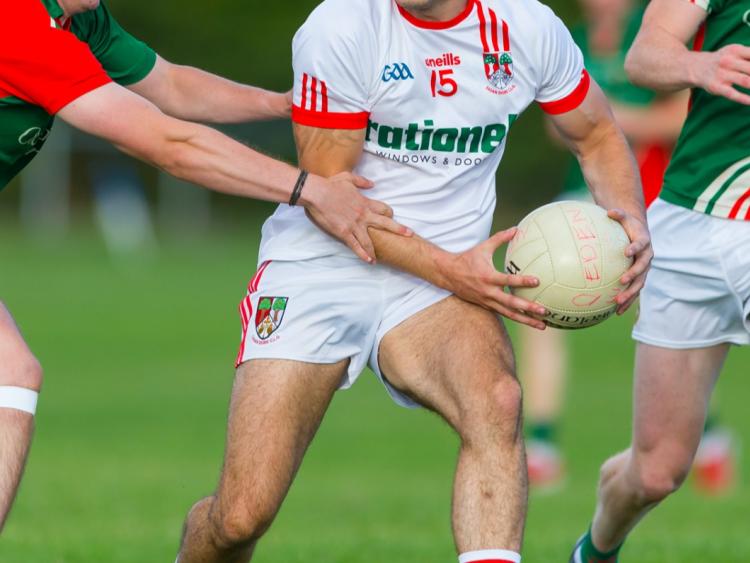 There is huge anger in Edenderry GAA circles today as the club has been effectively forced into a walkover in this evening's U20 Offaly Football Championship quarter-final with Na Fianna.

St. Patricks, which is an amalgamation of Edenderry and Ballyfore GAA clubs, will be unable to field a team tonight due to the entire senior Edenderry panel being in isolation awaiting Covid-19 test results.

At least nine members of that senior panel would have been included in this evening's U20 panel. The situation effectively starves St. Patrick's of half of their panel of 19 players. Efforts have been made to find eligible players in the club above the required age of 17 to play at U20 level but they can't make up the numbers required.

Offaly GAA has officially notified the public that the game between St. Patrick's and Na Fianna is off.

Sources within Edenderry GAA say that the club feels extremely hard done by, especially considering the fact that the isolation of their senior panel was out of their control.

A Covid-19 case was diagnosed within the senior panel late last week [Friday] but as the group had only trained outdoors in the preceding week, the HSE deemed the rest of the team casual rather than close contacts. That freed the club to fulfil their senior championship semi-final fixture against Rhode on Saturday evening.

However, the HSE contacted the club again on Sunday having re-evaluated the situation, declaring that the teammates of the positive case were now all deemed close contacts and would have to be tested. The players are now unable to attend work and are following the HSE's isolation advice before being tested and given the all-clear.

Offaly GAA has so far not responded to requests from the Offaly Express for comment on this situation, but Edenderry GAA say they have made their case but that the county board are not bending.

It's understood they [county board] feel that if a postponement and refixture was allowed in this case, it would have to be allowed in others, thus delaying the completion of championships at all grades.

Postponements aren't granted by Offaly GAA for Covid cases and instead they appear to be treated the same as players missing for injuries and other illnesses. Other clubs have had to line out in games without players who were awaiting test results but this is the first case involving an Offaly club where an entire squad had to isolate and be tested.

As it stands, Na Fianna will progress to the Offaly U20 Championship semi-final stage via a walkover.

At present, the Rhode players who took part in the senior semi-final are unaffected and have not been required to self-isolate. However, it's believed that situation would change if one of the Edenderry players involved on the day tests positive this week. That would incur huge implications for their preparation for the final against Tullamore.