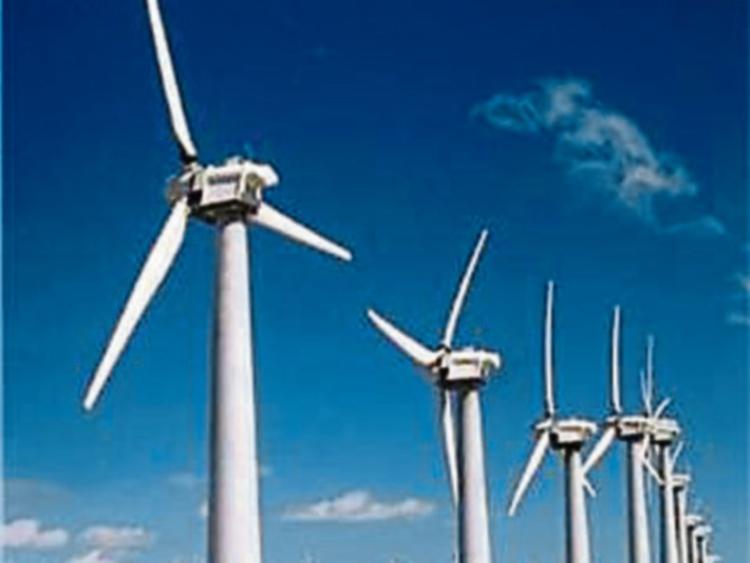 BORD na Mona's second major wind farm in Offaly is set to go ahead after the Cloncreen project was included in the Government's new scheme for supporting renewable electricity generation.

The Cloncreen wind farm in the east of the county will be a 21-turbine, 75MW project, which is somewhat smaller than the 28 turbines at Mountlucas which have a maximum output of 84MW.

Bord na Mona also hopes to develop an 85MW wind farm at Derrinlough in west Offaly and the planning application for it is being progressed.

Preparations are already being made for the construction of the Cloncreen wind farm which will be located 2km from Rhode, 5.4km from Edenderry and 7km from Clonbullogue.

Construction traffic will pass through Clonbullogue, Cllr Liam Quinn reminded his colleagues at a meeting of the Edenderry Municipal District.

The council will install a footpath and a pedestrian crossing at the national school and GAA pitch in Clonbullogue village at a cost of €45,000.

Cllr Quinn said the crossing will be very important because the road is one of the haul routes for the Cloncreen wind farm.

“So there will be a lot of traffic passing the school,” remarked the Fine Gael councillor.

An Bord Pleanala granted planning permission for the wind farm in 2017 and the maximum ground to tip height of the turbines is 170 metres.

Cloncreen is one of two Bord na Mona wind farms which were successful in the first competitive auction under the Government’s new Renewable Electricity Support Scheme (RESS-1).

The other is the second phase of the Oweninny 83MW wind farm in Co Mayo which is a joint venture with the ESB.

There were 82 successful bids in the auction but taken together, the two Bord na Mona projects represent 25% of the total capacity awarded.

They represent investment worth €170m.

Commenting on the results Bord na Móna Chief Executive, Tom Donnellan said: “The economic recovery and the climate emergency both highlight the critical need for Ireland to have a strong, stable supply of renewable energy. This auction demonstrates Bord na Móna’s leadership role in the delivery of the nation’s green energy supply using our proven capability in this area and our 80,000 hectares (200,000 acres) estate.

“We are now on track to achieve a 300% increase in our renewable energy output in this decade. By 2030 we will be generating 3.5 terawatt hours (TWH) of renewable energy that will significantly help Ireland deliver on its carbon reduction and green energy targets.”

The turbines will have a maximum tip height of 150m.