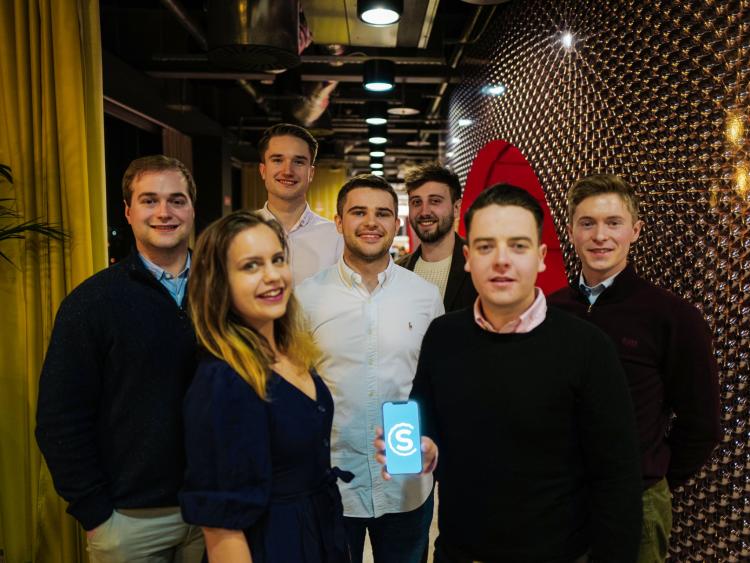 COVID-19 may have caused most businesses in the hospitality sector to close earlier in the year, but that didn’t stop Offaly duo Conor Leen and Stephen Flynn from continuing their efforts to work with local coffee shops and restaurants to fight hunger in the developing world.

Stampify (www.stampify.ie) is a non-profit that allows users to swap loyalty stamps for meal donations. Their goal is to work with coffee shops and restaurants to create a sustainable solution to hunger and help create a world where no one is unsure of where their next meal will come from.

Stampify initially launched a prototype paper loyalty card for charity in 2018 to test their concept. Conor Leen, Co-Founder and CEO of Stampify, came up with the idea when he encountered a homeless man on a cycle home after receiving a free burrito from a loyalty card ‘I was struck by the inequality of the situation, I could have paid for the burrito and to be honest didn’t realise it was free until I checked my loyalty card. However, there are people out there who are not as fortunate as I am and for whom that meal could mean a lot more’

The loyalty card for charity Stampify created works very similarly to traditional loyalty systems, where you collect stamps with every purchase and after a certain amount of purchases you receive a complimentary gift, but it does have some key differences. Stampify can be used across different businesses, and when you complete the card instead of receiving a complimentary gift as you would normally, the partner businesses makes a donation to charity. For every stamp you collect the business donates two meals to children in their place of education in the developing world. ‘Our model is simple – Buy one. Feed two. We want to make changing lives as easy as ordering a coffee’ said Conor Leen.

The paper loyalty card was a hit with customers and businesses alike, but after growing to over 100 locations the team realised that they needed a more scalable product. They decided to build an app that uses QR technology to allow users to collect stamps by scanning codes, and launched the app on March 7 in 30 locations.

However just the following week Ireland went into lockdown due to COVID-19 and all of their partner businesses were forced to shut their doors. “COVID-19 disrupted the launch of our app, and of course meant the supply of meals from our amazing partners was reduced as their businesses were forced the close. The timing couldn’t have been worse” said Stephen Flynn, Head of Operations.

The Stampify team remained determined to build towards a brighter future, and used the downtime to apply for charitable status, upgrade the interface of the app, and prepare to relaunch. With restrictions recently relaxing in Ireland, the team have set up 5 businesses in Offaly with the Stampify app – Conway and Co, The Foxy Bean, The Square Café, The Hairy Barber and The Bridge House.

Not deterred by the obstacles they have faced, they are excited to start growing their social enterprise again. ‘We have donated over 120,000 meals to children in the developing world in a little under two years. That has acted as a big motivator for us in continuing to work on Stampify despite all the obstacles we have faced.’ said Conor Leen.

The Stampify app is available to download for free on iOS and Android devices. If you are a business who is interested in working with Stampify you can email info@stampify.ie for more information.