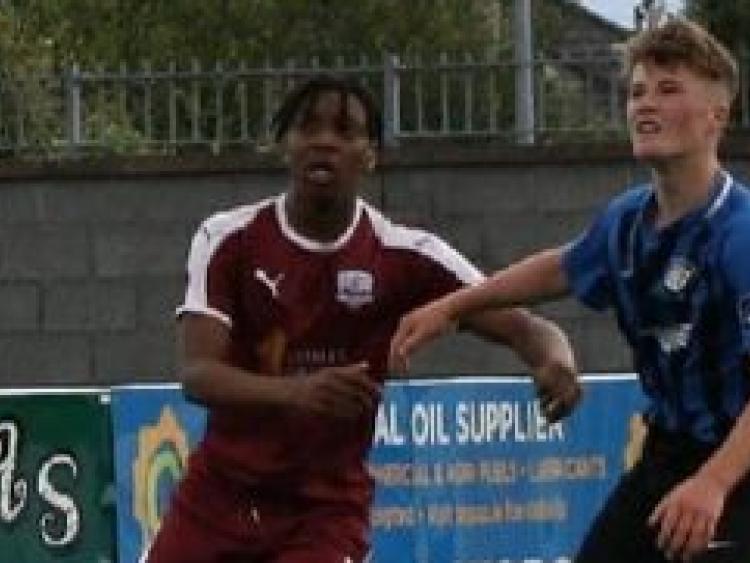 Ricky, wearing blue and black for Athlone Town, eyes a cross into the box

Goal-scoring midfielders are highly sought after in all levels of soccer and one Offaly youngster is certainly making an impression on that front.

Former Birr Town and Tullamore Town player Ricky Fitzsimons has scored four goals in his first three games playing in the U15 Airtricity League of Ireland.

The recently turned 15-year-old is plying his trade at Athlone Town, playing centre midfield for the midlands outfit. 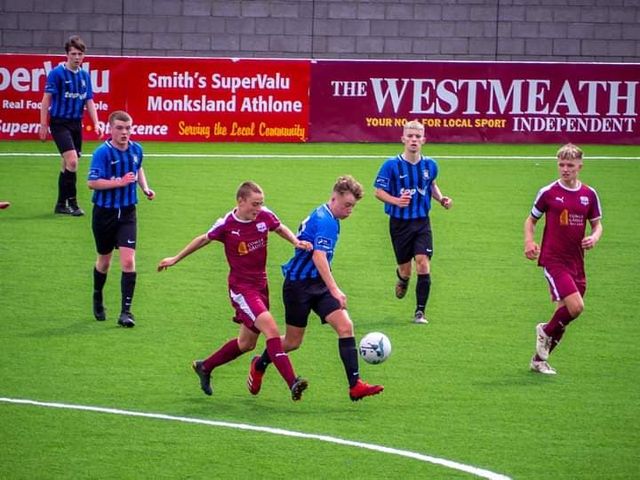 ABOVE: Ricky Fitzsimons in a recent match for Athlone Town against Galway United

The left-footed star from Birr has put in some serious eye-catching performances including one under the watchful eye of Ireland U15 manager Jason Donoghue.

He is one to watch closely as he climbs the ranks in his early career.