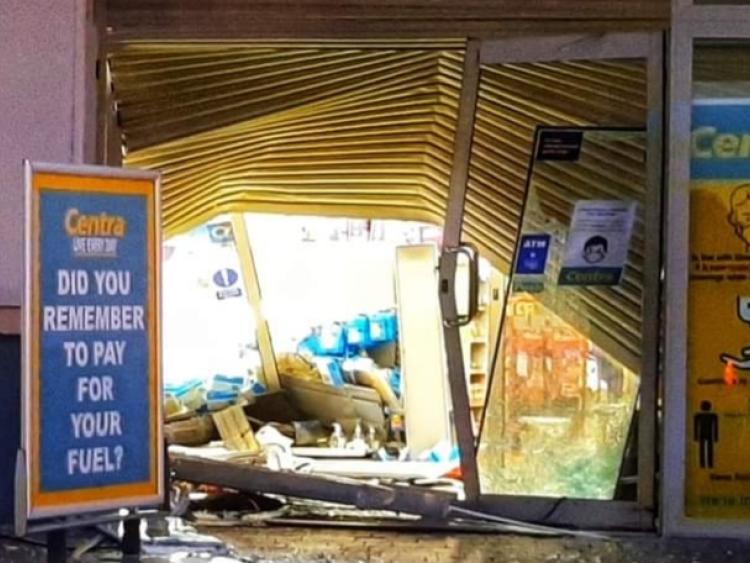 Gardaí are investigating after a vehicle was driven through the front door of a shop during a burglary in Offaly on Wednesday morning.

The incident happened at around 5am at Mangan's Centra on the Dublin Road in Edenderry, before the store opened to the public.

It appears a vehicle was rammed through shutters and the front door, causing huge damage to the longstanding business.

Gardai have confirmed to the Offaly Express that a number of boxes of cigarettes valued at around €400 were taken from the premises during the incident.

No arrests have been made but investigations are ongoing as Gardai try to track down the perpetrators. It's understood three individual fled the scene.