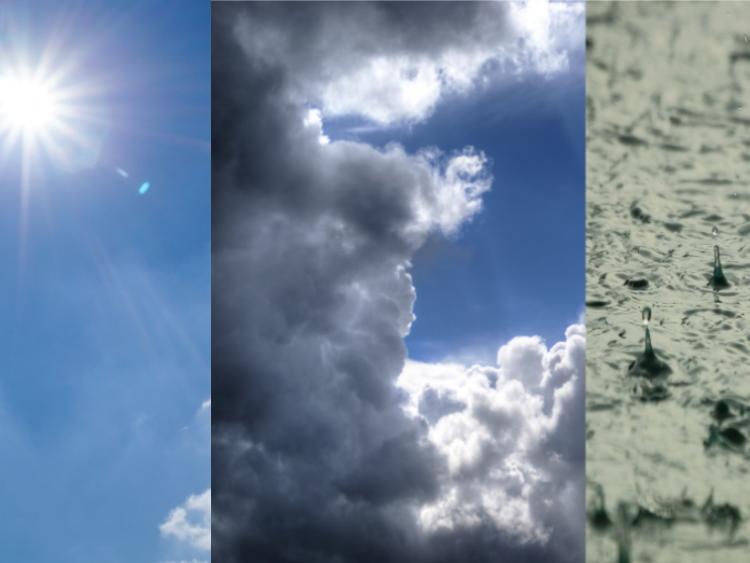 The weather forecast for Ireland for the weekend from Met Eireann is for it to be mainly dry with sunny spells although there will be scattered showers at times which look set to become more widespread on Saturday and Sunday afternoon.

The weather forecast for Ireland for Saturday from Met Eireann is for there to be sunny spells and scattered showers once more on Saturday morning. Cloudier in the afternoon and evening with more frequent showers or longer spells of rain at times over the northern half of the country. The best of any bright or sunny spells will be in the southeast. Cool and breezy with highest temperatures of 13 to 17 degrees and moderate to fresh westerly winds.

On Saturday night, showers will gradually clear eastwards and it will become mainly dry overnight with clear spells. Lowest temperatures of 9 to 11 degrees.

The weather forecast for Ireland for Sunday from Met Eireann is for the morning to again be mainly dry and bright with sunny spells. There'll be some showers in the west. These will spread eastwards and become more widespread in the afternoon. They'll mostly die out by nightfall. Highest temperatures of 15 to 18 degrees with light to moderate westerly breezes. Sunday night will be mainly dry. However, rain will develop in the west overnight.

The weather forecast for Ireland for Monday from Met Eireann is for it to be mostly cloudy with rain spreading eastwards across the country through the morning. There'll be further outbreaks of rain for the rest of the day and on Monday night. Highest temperatures of 16 to 19 degrees with moderate southwest breezes.

A nationwide forecast and outlook covering the next week can be found here. https://t.co/9gKN6SVok4 pic.twitter.com/IZb32MtfM1

The weather forecast for Ireland for Tuesday from Met Eireann is for it to continue mostly cloudy with outbreaks of rain. Later in the day and on Tuesday night, rain will gradually clear southeastwards with clear spells and scattered showers following. Mild with highest temperatures of 18 to 22 degrees and moderate southwest breezes.

The weather forecast for Ireland for Wednesday from Met Eireann is for it to be a cooler, fresher bright day with good sunny spells and scattered showers, these mainly in the west. Highest temperatures of 14 to 18 degrees with moderate west to northwest breezes.