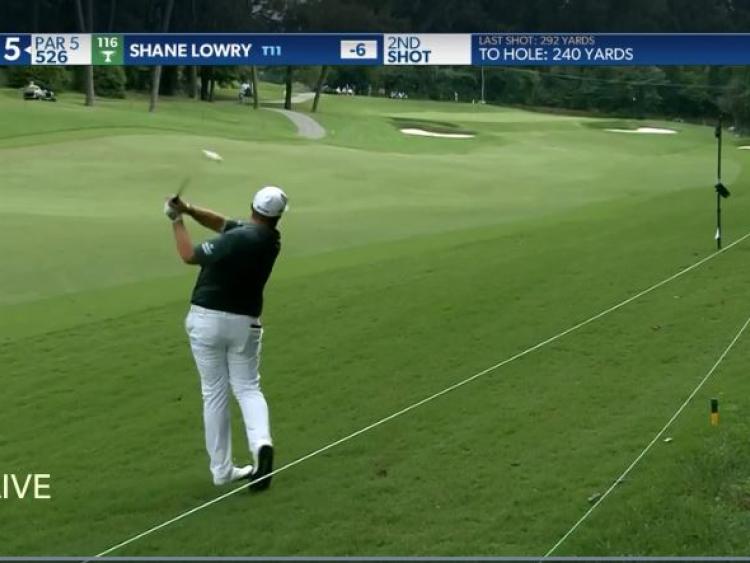 Shane Lowry carded six birdies and this stunning eagle on the 5th (his 14th hole) in a superb second round 63 that has seen him shoot right up the leaderboard at the Wyndham Championship.

With half the field still to complete their second rounds, the Open Champion moved from a tie for 42nd, after an opening round of two under par, right up to a tie for third when he finished his round.

His incredible round got off to a rocky start with a three put bogey on his second hole but he was all but flawless from there carding a seven under par 63.

He is now nine under for the tournament and will be in a strong position going into the weekend.

He needs a good result this weekend as only the top 125 players on the PGA Tour progress to the lucrative Fed Ex Cup playoffs. At the end of his round, Shane had move up to a projected position of 83rd.

His putter was also in fine form as among his birdies was this 30 foot birdie putt on the fourth that went right in the centre of the hole. Hopefully he keeps this form going over the weekend.